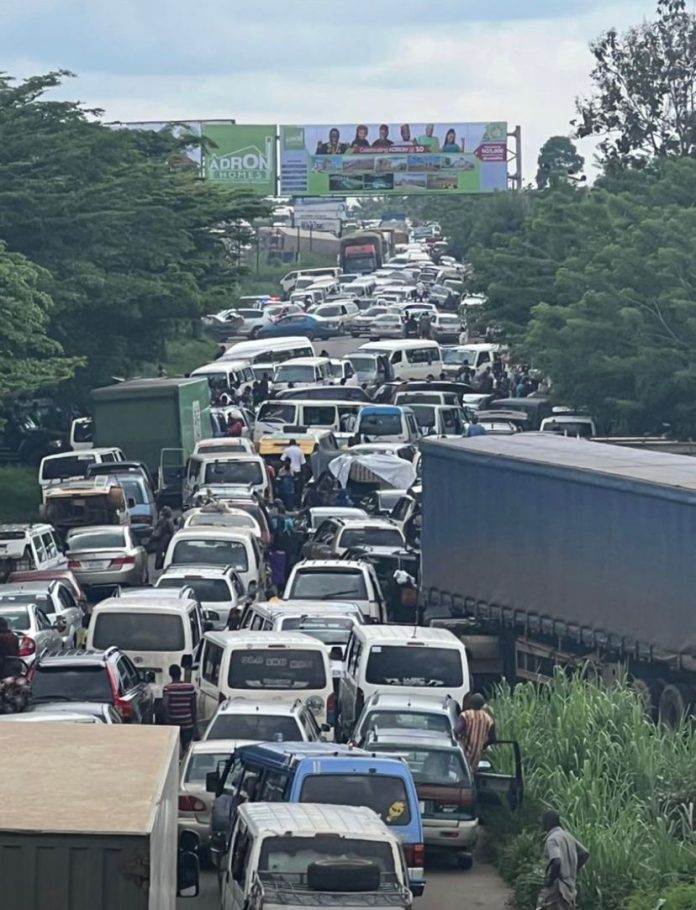 Undergraduates of Nigerian Universities affected by the strike embarked upon by the Academic Staff Union of Universities, on Thursday, barricaded Gbongan-Ibadan expressway in protest of the nine-month old industrial action.

The placards-carrying protesters stormed the bridge (Gbongan Interchange) in Gbongan town of Osun State and barricaded the busy road with logs of wood and metals.

They arrived the protest scene at about 12noon, prevented vehicular movement for about three hours. Thousands of motorists and travellers were stranded as the traffic snarl built up.

According to the protesters, the Federal Government should quickly meet with ASUU with a view to meeting their demands adding that they would continue to demonstrate on public roads till the strike was called off.

The protest, which was organised by the National Association of Nigerian Students (NANS), Southwest zone, was led by its Vice President, Babatunde Akinteye, Coordinator of End ASUU strike and former VP external of NANS, Ojo Raymond among other union leaders.

Speaking, Akinteye said students were tired of staying at home and called on the Federal Government to quickly resolve the issue with the striking lecturers.

“We are calling on the Federal Government to quickly meet with ASUU and end this strike. We can’t continue to waste away like this,” he said.

“We have been at home for seven months and still counting. The ASUU leadership and the Federal Government have met 15 times and they ended in deadlocks. At this moment, we are tired,” he lamented.

Ajayi added that landlords students who were staying outside the campus gate were already evicting students’ belongings after their rents had expired.