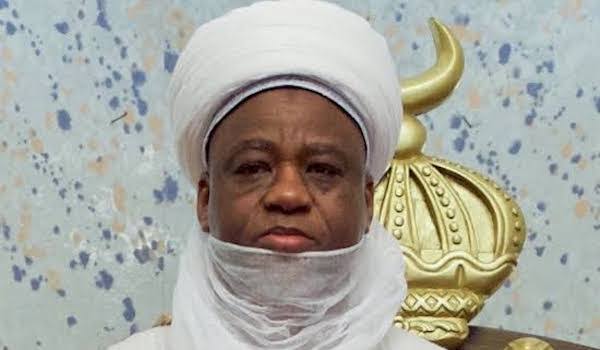 The Sultan of Sokoto, Alhaji Sa’ad Abubakar III, has cautioned youths on the dangers of drug abuse as it poses great health risk and problem to their future well-being.

The Sultan stated this at the 7th Islamic Therapy Convention/Convocation of Certified Therapists in Prophetic Medicine of the International Institute of Islamic Therapy (IIIT) Nigeria, held on Saturday at the National Mosque, Abuja.

Represented by Prof. Ahmed Tijjani, the traditional ruler commended the management of the institute for its contribution to the growth of the health sector as it has been churning out graduates in the past seven years.

Abubakar said: “I’m really glad that this institute has churned out lot and lot of graduates in the last two decades or so and I’m impressed with what I have seen.

“And the fact is that the menace of drug abuse especially drug addiction has become widespread in Northern Nigeria.

“Those of Islamic faith in Northern Nigeria think that only alcohol is prohibited in Islam.

“It is not only alcohol but anything that intoxicates or anything that makes the mind of the believers to be on the high is prohibited.”

Abubakar said: “For instance, codeine in cough syrup, often times we heard that youths and even married women would empty five bottles of this codeine containing substances which is actually not cough syrup.

“And conceal it in bottle of fanta and this makes them to go out of their minds, they are committing the same sin. It’s not just the alcohol like wine or beer and so on.

“This is because drug addiction is more extensive and it’s more than alcohol addiction.

“In drug addiction, we are talking about the brain. This is a message that we have to avoid or take any substance that will make us go out of our minds.”

Earlier, the Provost of the institute, Rauf Saheed (aka Abu Mazeedatul Khayr), disclosed that the institute in the last seven years trained more than 500 Nigerians who have been using the knowledge of prophetic medicine for healing.

Khayr said the institute was established to promote alternative medicine and would continue to complement the efforts of the Federal Government in the area tackling the menace of drug abuse in Nigeria.

He, however, called on the graduands not to take advantage of their patients, urging, “They should do the right thing and remember that they would account for their deeds on the day of reckoning.

“We now realised that many people are not aware of the value of this medical system. So we are out to promote it and Muslim home. Today, we are graduating as much as 35 students.”

Also speaking, retired Brig.-Gen. Buba Marwa, the Director General, National Drug Law Enforcement Agency, said that government, parents and the society had a lot to do to take care of the youths.

Represented by his Special Adviser, Otunba Lanre, Marwa, said, “Whoever is not paying attention to drug abuse and trafficking, manufacturing and production is living in utopia.”

Marwa emphasised the need for the government to deliberately reach out to the “poorest of the poor and give them hope.”

He advised parents to get closer to their children, encourage and tell them that failure was not the end of life and they should always use themselves as good examples for their children.

Marwa said: “Because, with the prevalence that we have, there is no how you can escape being affected in one way or the other either.

“This is because the facilities in the hospitals have been overstretched because of drug addicts which people call drug users.

“Government, parents and the society should pay more attention to the youth and save them from peer pressure which can lead to a bleak future.” (NAN)