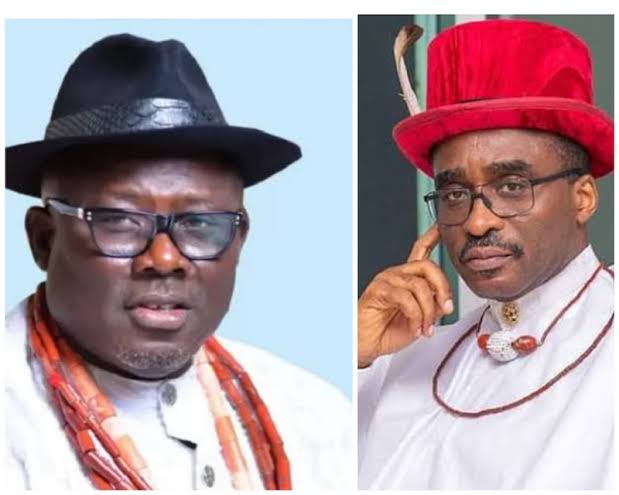 There is palpable tension in the Delta State chapter of the People’s Democratic Party as the Supreme Court is set to rule on the gubernatorial tussle between Sheriff Oborevwori and David Edvbie on Friday.

The Court had last week fixed October 21 to deliver judgment in the appeal filed by David Edevbie against the ruling of the Court of Appeal on who should fly the governorship flag of the PDP in the state in the 2023 general election.

Though the party appears united, a chieftain of the party from Delta Central confided to The Point on Wednesday that there is actually no love lost, especially among top chieftains of the party in the state.

Speaking on condition of anonymity, he declared that party members and supporters in the two camps have since gone into spiritual mode by declaring fasting and prayer programmes for their candidates to carry the day come Friday.

He revealed that there is no amount of reconciliation that would restore the initial confidence and unity that once existed in the party again.

“There is so much animosity, so much tension here. People are so tensed up that you can feel it. The atmosphere is hot. People have declared fasting and praying programmes. Both camps are not relenting. It is a make or break situation for many of them.

“Our politics of winner takes all has so polarised the party because under your very nose, because you identify with an individual, those who are in position to help you won’t do that. They will rather victimise you that you will hate to be a politician or associated with politics.

“Here now, the Delta Political Vanguard, which is a major bloc of the party in the state, literally forced other members to come up with the Delta Unity Group. People want an opportunity to be heard. It is not good to just keep people down and say you can’t talk. If you are loyal just do what the party says. So the battle is between the DPV and the DUG. Whoever wins tomorrow will have to work extra hard because there is no way he can say he would enjoy 100 per cent support of the people from the other group. In fact some people are already making Plan B. It is as bad as that,” he stated.

Meanwhile, students in the state who are sympathetic to the ambition of Oborevwori under the aegis of ‘M.O.R.E Students’, will today hold a peaceful march in Warri for Atiku-Okowa, Sheriff-Onyeme to create awareness for collection of PVCs by those affected in the ongoing electioneering process.

A statement by the leader of Sheriffied Delta Media Group and Chairman, Coalition for Media Politics and Governance, Fred Latimore, who is an aide of Governor Okowa on media and communication, said student union leaders of accredited institutions of higher learning for the M.O.R.E students march are to liaise with the event organiser, Comrade Ezekiel Okoh, who is also an aide of the Governor on Student Affairs, and his team.

It could be recalled that the Federal High Court, Abuja, first delivered judgment in favour of Edevbie but it was overturned by the Court of Appeal in favour of Sheriff Oborevwori, the Speaker of the Delta State House of assembly. Edevbie then proceeded to the apex court to seek re-affirmation of his candidacy.

After hearing parties at the sitting of the Court last Wednesday, October 12, the Supreme Court fixed judgment day for tomorrow. Whereas Oborevwori is said to enjoy the support of Governor Ifeanyi Okowa and the whole apparatus of government and some leading state exco members of the party, Edevbie is said to be the preferred candidate of former governor, James Onanefe Ibori.