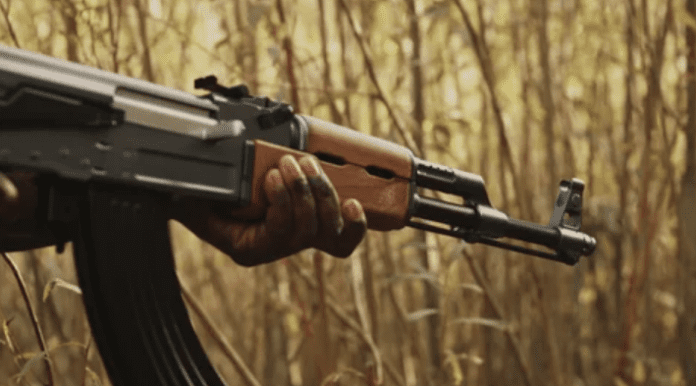 There was pandemonium at Abaku Area of Osogbo on Saturday after some assailants believed to be members of a rival cult group killed another cultist that belonged to a rival group.

The victim, one Quadri Agbefawo, was murdered in Osogbo around 2pm after the attackers hit him with stones and other dangerous items.

It was learnt that the deceased was trailed to the area and was seized by the assailants who hit him with many dangerous weapons and left him soaked in blood before they fled the scene.

A roadside grocery seller, who simply wanted to be identified as Titilayo,said, “We all fled as some boys carrying sticks, matchetes and charms attacked Agbefawo.

“He attempted to flee, but those that attacked him were many and they must have studied his movement well.

“He was left with serious injuries on his head. He bled to death on the spot. No one could go near him. I watched happenings from a hiding near the scene.”

Meanwhile, residents of the area have been thrown into panic after the incident. Some of them had shut the doors of their houses since the incident happened for fear of being arrested by the police.