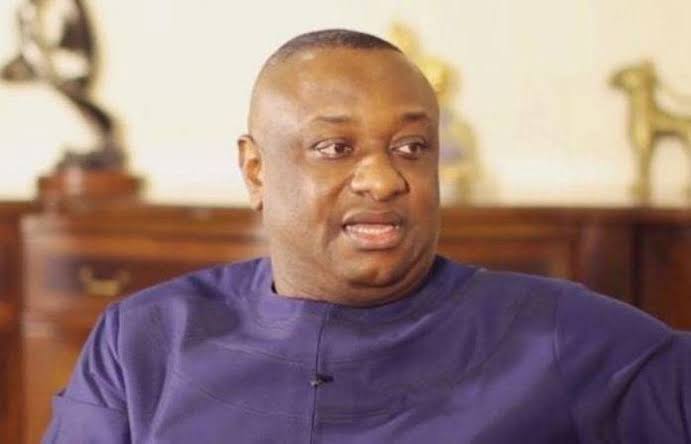 Festus Keyamo, SAN, the spokesperson for the presidential campaign council of the All Progressives Congress flag bearer, Bola Ahmed Tinubu, has said no matter how the controversy surrounding Tinubu’s health is being discussed, the APC candidate is fit for the presidency.

Keyamo, who stated this on Arise Television’s Morning Show on Monday, also said it was baseless for anyone to ask for a medical report of Tinubu when questioned on his health status.

According to him, Tinubu never collapsed anywhere and is a strategy by the opposition and some media houses to tarnish the image of his candidate.

Keyamo, who was not happy with the mode of questioning added that there was no evidence that Tinubu has health issues and such a question should not have been asked.

The Senior Advocate of Nigeria said “No matter how much they report it, the opposition and a section of the press, no matter how much they parrot it, the fact remains that there is no evidence to the contrary that my candidate has health issues. The strategy has been to repeat a lie a thousand times until that lie sticks out as the truth. As I speak to you, in the last few weeks, Asiwaju Bola Tinubu has been more active on the campaign trail than any other candidate. Now this program opens and the first thing you asked me is about health, it is just the strategy of the opposition.”

When told that there are clips of Tinubu’s gaffes on the internet, Keyamo said the errors were not limited to only the APC candidate.

The spokesperson said Atiku Abubakar of the Peoples Democratic Party and Peter Obi of the Labour Party have also had their share of gaffes while speaking to Nigerians and therefore Tinubu’s gaffes should not be considered a big deal.

However, Keyamo got pissed when the show’s reporter alleged that Tinubu was rushed off stage in Minna, but in reaction, Keyamo accused Arise Television of committing tyranny of the microphone.

He said, “You just sit behind the microphone and make profound statements. For example, you said my candidate was rushed off the stage in Minna, that is not true. How can you stay there and make such a statement that is not true? Show the clips to Nigerians. You are a television station, show the clip, there was nothing like that. After the event in Minna, he went to commission different projects. I demand an apology for that.”