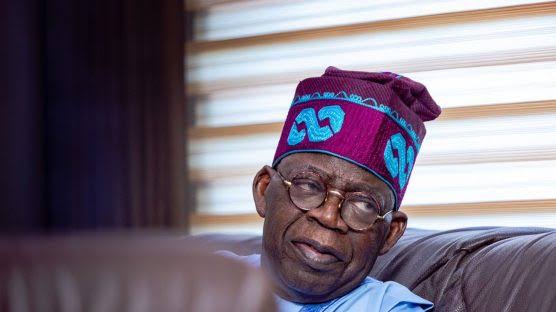 The Presidential candidate of the All Progressives Congress, Bola Ahmed Tinubu, has pledged his commitment to continue investment in infrastructure, if elected as the president in the February election.

Tinubu, who made this commitment on Thursday in Abuja at a Stakeholders Consultative Session with the Federation of Construction Industry in Nigeria, also sought the support of the federation

He said from the outset of his campaign, he had declared his commitment to furthering the developmental feats achieved by the administration of President Muhammadu Buhari.

“The current administration’s re-energised approach to the Reviewed National Integrated Infrastructure Master Plan commits us to massive investment in infrastructure.

“This will add value to the national economy while enhancing private sector participation in infrastructure development in the country.

“God willing, as we assume the mantle of leadership, we shall build an even more prosperous economy. This means additional investment in relevant infrastructure: roads, bridges, rail, airports, schools, power facilities, hospitals and more.

“These will enhance efficiency, support industrial growth, spur trade and investment, and improve the Ease of Doing Business.

“My commitment to increase annual Gross Domestic Product (GDP) growth will heavily depend on the quality of the infrastructure, we shall build to facilitate and sustain growth in all facets of our national life,” he said

Tinubu called for the support of the Federation and their employees to support his presidential ambition to make him achieve the feat.

“I will be your partner in building this life-defining infrastructure, so essential to creating the nation of our dreams. The framework on Infrastructure in our Renewed Hope action plan encapsulates, among others, the renewal and expansion of the existing stock of our national infrastructure.

“This means sound transport networks across the country, modern ports and reduced transportation costs for Nigerians. We plan to build high-capacity telecommunications networks to facilitate faster communication across a wider expanse of the national territory.

“We will promote the efficient flow of information, expand and secure pipelines for oil and gas to ensure constant energy supply and exports.

“I will also invest in adequate power generation as well as better functioning transmission and distribution systems that will light our homes and make business more competitive by achieving disruption free production of goods and service,” he added.

The APC presidential candidate further said that other essential provisions, such as affordable housing, which increases the social stability as well as the standard of living of Nigerian households, would be promoted.

He said that he would partner with the association to build the life defining infrastructure essential to build a nation that citizens dream of.

“The framework on Infrastructure in our Renewed Hope action plan encapsulates, among others, the renewal and expansion of the existing stock of our national infrastructure.

“This means sound transport networks across the country, modern ports and reduced transportation costs for Nigerians.

“I assure you that we will productively engage your workers, suppliers, direct and indirect personnel, subcontractors and artisans.

“Together we shall build the Nigeria of our dreams where your businesses thrive as they construct a better nation for all our people,” Tinubu said.

Answering questions from the members of the Federation on what he will do about security, Tinubu pledged to tackle insecurity headlong.

He said security was critical to every part of the country and building of infrastructure, adding that his Government, when elected would strengthen security and employ all means including technology to tackle it.

He added that he would also ensure that the youth were properly engaged and empowered to stop them from getting involved in social vices.

Speaking on monetary and fiscal policies, he said that he would establish an infrastructure bank where long term funding instrument would be encouraged.

Speaking earlier, Minister of Works, Babatunde Fashola noted that infrastructure was the backbone of a nation’s economy, adding that economy could not be better without politics.

Fashola said if elected, Tinubu would continue with the infrastructure rebuilding started by President Buhari.

Also speaking, the President of FOCI Council, Vincent Barrah, listed the activities of the federation as including advocacy, representation, standard and building skills among other things commending the APC candidate for accepting their invitation.

He noted that the federation was the next largest employer of labour apart from the Government and plays a great role in the development of the country.

Barrah said the federation hoped the candidate would continue with the good work the Buhari administration has done.

In attendance at the session were the Minister of Mines and Steel Development and Minister of State, Works and Housing, Olamilekan Adegbite and Umar Ibrahim El-Yakubu respectively.

Others were the Minister of Sports and Youths Development, Sunday Dare, members of the federation among others.