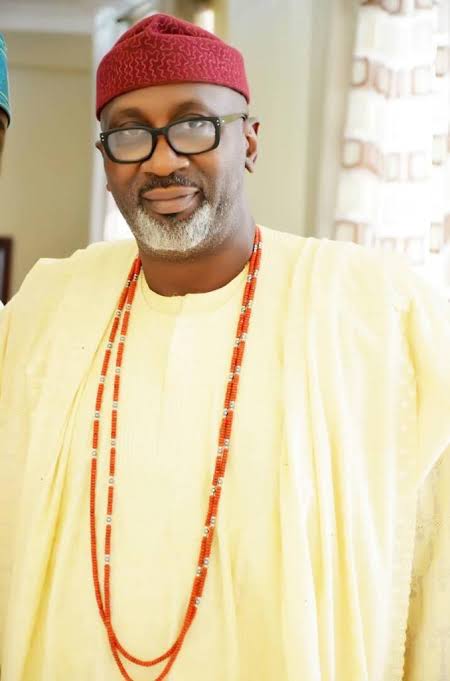 The National Chairman, Asiwaju Ahmed Tinubu Support Group, Yomi Odunowo, has said the All Progressives Congress presidential candidate, Bola Tinubu’s election in the forthcoming general polls would renew hope of a new Nigeria and take the country to the promised land.

Odunowo, who made these remarks during a chat with newsmen at Ikeja, Lagos State, noted that Tinubu’s election would enable him to replicate the magic that had been happening in Lagos State across the country.

He stated that Tinubu’s ability to turn Lagos to the 5th largest economy in Africa and one of the safest places to reside in Nigeria places him in a better position to further ensure the advancement of the Nigerian society where peace and socio-economic development would be the order of the day.

The AATSG chairman noted that Tinubu’s sterling qualities of patriotism, unblemished track records in both public and private life, exemplary leadership, broad experience, philanthropy, business acumen and management ingenuity would be of immense benefits to the country.

“Asiwaju is a visionary leader who earned honour by dint of hard work, diligence and espousing theoretical analogies that many dread to venture into and his election as the nation’s president is a signpost of the emergence of a better future that would bring succour, hope and relief to the people,” he stressed.

Odunowo described the APC at both the federal and state levels as the party with life impacting programmes, urging the people to cast their votes for the party to enable them to continue enjoying democracy dividends, which the party had been providing since commencement of the Dapo Abiodun’s government in Ogun State and the Buhari administration at the federal level.

The APC chieftain lauded the Ogun State Governor, Dapo Abiodun, for his sterling performance since assumption of office in 2019, stressing that the people were proud of his administration’s developmental and infrastructural projects such as the Agro Cargo Airport, Kobape Housing Estate, road construction/rehabilitation across the state, quality education, creation of employment opportunities for the youths, revival of the state’s agricultural sector, improvement in the state of security, an unprecedented inflow of direct foreign investments to the state and an increase in the state’s internally generated revenue, among others.

Outlining some of the group’s activities, the AATSG chairman explained that the main goals of the organisation included the onerous task of involving the people, enlightening them, making them see reasons for their continuous support for the APC and ensuring the mobilisation of 50 milllion voters for the Tinubu/Shettima ticket come 2023 with very solid structures in existence across the nation’s 1,760,460 polling units.

He further stressed that the AATSG had also developed two mobile apps – the Jagaban and HumanGenie, which could be downloaded directly from the Google play store, principally to influence thoughts on social media and also embark on door-to-door engagements.

“With the Jagaban app, we can steam live all events and meetings across all our locations, provide authentic information about the Tinubu/Shettima campaign, while we have also introduced a quiz on the app where people can win lofty gifts by answering the questions on Nigerian culture, its people, food and sports in order to impact knowledge on our people. For the HumanGenie app, this is simply for the door-to-door programmes from all the polling units”.

Speaking on the 2023 general elections, Odunowo charged the electorate to vote wisely for the candidates with the capacity and experience to move the nation forward and not mortgage their future by selling their votes.

The Ogun State APC chieftain also counseled the people to eschew violence both before, during and after the polls, stressing that no human life was worth sacrificing for any election.