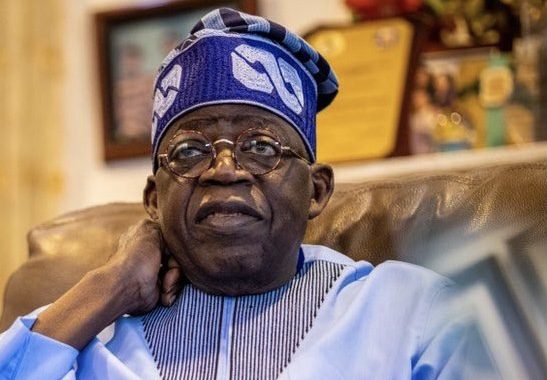 Presidential candidate of the All Progressives Congress, Asiwaju Bola Tinubu has returned to Nigeria after observing a 10-day rest in the United Kingdom.

He was received by a delegation led by his running mate, Kashim Shettima, former APC chair Adams Oshiomhole and others on Thursday night.

In a viral video, the former Lagos State Governor was seen alighting from the plane that conveyed him to a shout of “City Boy”, ‘’Jagaban’’ and ‘’Asiwaju’’ in a video shared by the spokesman of his Presidential Campaign Council, Festus Keyamo.

There had been rumoured ill-health surrounding Tinubu’s journey but Keyamo had since dismissed it saying that the APC flagbearer had only gone to UK to rest.