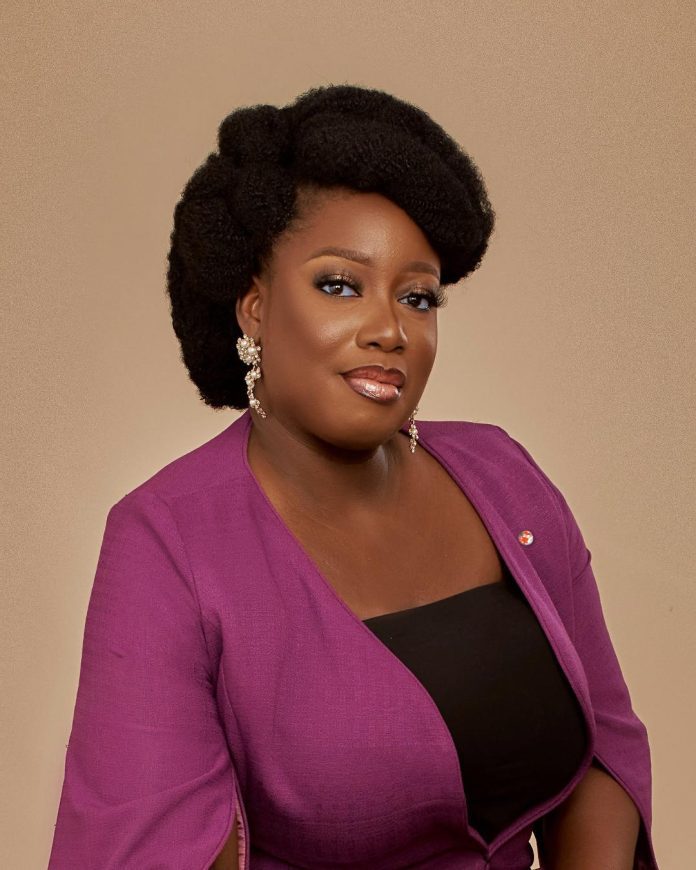 The Board of Trustees of the Tony Elumelu Foundation, the leading philanthropy empowering young African entrepreneurs from all 54 African countries, has announced the appointment of Somachi Chris-Asoluka as Chief Executive Officer, following the retirement of current CEO, Ifeyinwa Ugochukwu.

Since the launch of the TEF Entrepreneurship Programme in 2015, the Foundation has trained over 1.5 million young Africans on its digital hub, TEFConnect, and disbursed nearly USD$100 million in direct funding to 18,000 African women and men, who have collectively created over 400,000 direct and indirect jobs. The Foundation’s mission is rooted in Africapitalism

The Tony Elumelu Foundation aims to champion Entrepreneurship & Economic Development in Africa through the Philosophy which positions the private sector, and most importantly entrepreneurs, as the catalyst for the social and economic development of the African continent.

The Foundation’s ability to fund, train, mentor, and network young African entrepreneurs, has created a unique platform for catalysing growth across the African continent. The robust ability of the Foundation to reach entrepreneurs across geographies and sectors, has enabled it to conduct innovative partnerships with the European Union, United Nations Development Programme, the International Committee of the Red Cross, the United States Government via the United States African Development Foundation (USADF), The Organisation of African, Caribbean and Pacific States (OACPS), The French Development Agency (AFD), The German Development Finance Institution (DEG), The German Agency for International Cooperation (GIZ), The African Development Bank (AfDB), and Google, with bespoke programmes including targeting female empowerment and growth in fragile states.

Somachi, who joined the Foundation in 2014, has served as the Foundation’s Head of Research, Head of Policy and External Relations, and most recently as the Director of Partnerships and Communications. In her new role as CEO, Somachi will leverage her expertise, experience and network to provide strategic leadership in consolidating and deepening the Foundation’s work of transforming Africa through entrepreneurship.

Speaking on the appointment, Tony O. Elumelu, stated: “This is an important time for the Foundation and Africa. Our work is ever more important, and our platform is demonstrating our ability to truly catalyse change. We are increasingly working with partners, to magnify our impact. Somachi’s experience in partnership development will be particularly relevant. Somachi, as Director of Partnerships & Communications, has demonstrated strong leadership, commitment, and strategic thinking, in delivering the Foundation’s mission to transform Africa. She is the perfect candidate to build on Ifeyinwa Ugochukwu’s impactful contribution.

“On behalf of the Board, I also thank Ifeyinwa, for her considerable achievements, significant sacrifice and commitment to building and empowering the next generation of African business leaders. The Foundation, since inception, has been led by a succession of dynamic and diverse CEOs, who have each brought passion, commitment, and innovation. As the tenure of Ifeyinwa draws to a close, I look back on the last five years and pay tribute to the impact she has made, first as Director of Partnerships, and later as the Chief Executive Officer.”

In response, Ifeyinwa said: “Over the last five years, the Tony Elumelu Foundation has significantly expanded its mission to empower African Entrepreneurs across all 54 African Countries. In particular, the Foundation has grown its partnership capability, opening its platform and process to third parties, who share in our commitment to growing the African entrepreneurial ecosystem, and transforming Africa by empowering entrepreneurs. As CEO, it has been my profound joy to lead the dynamic team to empower the next generation of young people whose ideas are transforming Africa.”

Accepting her appointment, Somachi said: “I am honoured to be appointed to lead the Foundation, particularly at a time when we will be launching a new Coalition for African Entrepreneurship. This Coalition will bring together global and African partners to significantly increase the impact created by TEF’s unique platform for identifying, mentoring, training and funding young African entrepreneurs. I look forward to working with the team, our partners, and all stakeholders to achieve our common goal of a strong, confident, self-reliant Africa. I am honoured to build on Ifeyinwa’s legacy and launch the Tony Elumelu Foundation into its next phase of impact.”