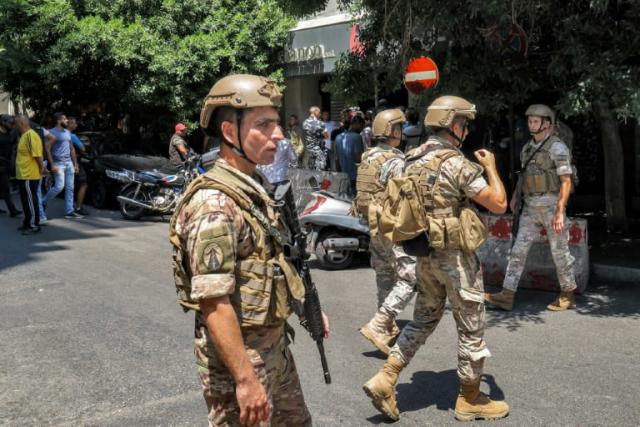 An armed customer, Bassam al-Sheikh Hussein, held bank workers hostage and threatened to set himself on fire in Lebanon’s capital unless he got his savings that are trapped in the bank.

A security source who requested anonymity said “He had a pump-action and flammable material, and threatened employees to give him his savings.”

Lebanon’s National News Agency said, “The man threatened to set himself on fire and to kill everyone in the branch, pointing his weapon in the bank manager’s face.”

The head of the bank employees’ syndicate, George al-Hajj, revealed that “This is not the first such case. Similar incidents keep happening.”

“We need a radical solution, depositors need their money, and unfortunately their anger explodes in the face of bank employees because they cannot reach the management”, he said.

Another security source said, “A man in his forties poured gasoline all over the bank, and closed the bank’s front door, holding employees hostage, while demanding savings worth more than $200,000.”