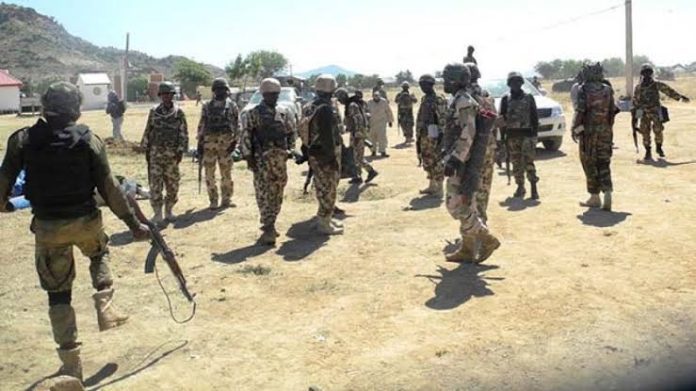 Troops of sector 2, Operation Hadin Kai have intercepted a large quantity of marijuana suspected to be heading to Tungus, a terrorists’ hideout on the Nigeria-Niger Republic border.

Umar Muazu, Chief of Staff to the Sector 2 Commander, handed over the substance to the National Drug Law Enforcement Agency state headquarters in Damaturu, Yobe on Tuesday.

According to Muazu, the courier fled the marijuana-carrying truck after spotting soldiers on a patrol in the state.

“No suspect was arrested because they all abandoned their vehicle and ran away on sighting the patrolling team trying to catch up with him,” Muazu told journalists on Thursday.

“They were taking these materials to the terrorists’ enclave because these are the things that they take that make them act the way they are acting because there is no sensible human being that will do what they are doing without being intoxicated.

“Now it has been taken away from them and by the grace of God we are doing more to end these terrorists in the Northeast.”

He said 98 parcels of the drugs had a market value of over N4 million and would be sent for forensic test.

Femi Babafemi, the agency’s spokesperson, said the suspect was caught with 5.1kg cannabis sativa at the time of his arrest.

On August 18, the agency’s arrest of drug traffickers reached a cumulative of 18,940 in the last 18 months.

Buba Marwa, the NDLEA boss, said not less than 12,326 drug addicts were counselled, treated and rehabilitated within the same time frame.