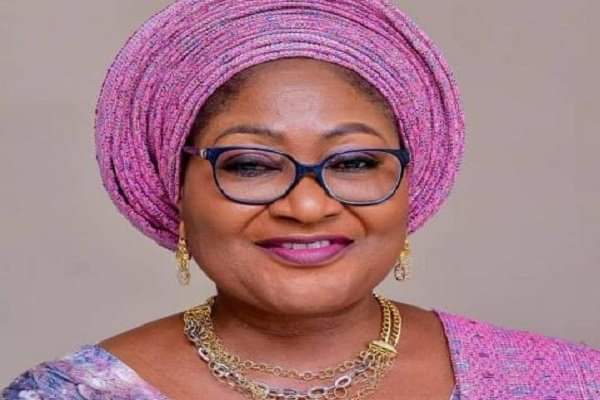 At least, two persons were injured in an attack on the convoy of Mrs. Kafayat Oyetola, the wife of Osun State Governor, Adegboyega Oyetola by some hoodlums.

The Point learnt that an operative of the Department of State Services who is part of the Kafayat’s security details and a truck driver sustained injury during the attack at Owo-Ede junction, around 8:30pm on Friday.

Sources at the scene of the incident informed our correspondent that the hoodlums hurled stones at the First Lady’s convoy which destroyed the vehicles and injured the secret police officer.

Investigations revealed that some hoodlums at the Owode junction had gone on rampage as a result of the clash between them and some policemen.

The rampaging hoodlums, according to sources, had barricaded the expressway before the arrival of Mrs. Oyetola’s convoy.

It was gathered that security details of the wife of the governor who attempted to clear the road for her were confronted by the thugs.

In the process, the security operatives shot into the air to disperse the hoodlums but instead, the thugs started pelting Mrs. Oyetola’s convoy with stones.

Opalola said, “On 19/08/2022 at about 2030hrs, credible information was received that at Owode-Ede market express way, some hoodlums were attacking the convoy of Osun State First Lady.

“DPO ‘a’ division Ede promptly mobilised and led detectives to the scene where they met CSP Dauda Ismail, the CSO to his excellency, the Executive Governor of Osun State and he stated that one Omolola Opeyemi of Ijebu Ode, a driver of one truck without reg number blocked the movement of the First Lady.

“As a result of the traffic blockage, the driver was wounded at his forehead while some hoodlums took advantage of that and started stoning the convoy vehicles that got one DSS personnel wounded.

“However, five suspects were arrested from the scene. Meanwhile investigation is in progress. Further development will be communicated later.” 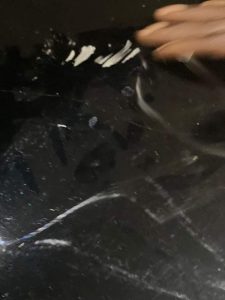 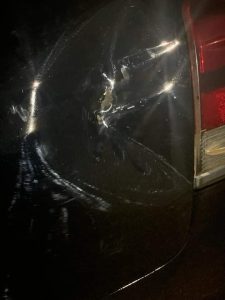