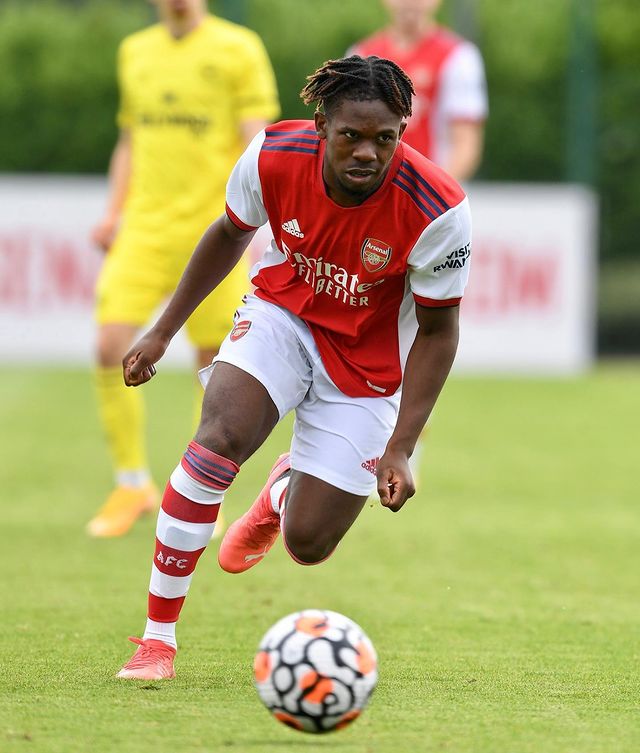 Born in Lokoja, Kogi State, Akinola has pledged his international future to Nigeria over England, having accepted an invitation from the Nigeria Football Federation to play for the Olympic Eagles, otherwise called the Dream Team VIII.

The 2001-born defensive midfielder is expected in Lagos from the United Kingdom before traveling to Ibadan today to link up with the Olympic Eagles.

Akinola is a player well known to the coaches in Nigeria’s youth team setup as Flying Eagles boss Ladan Bosso was keeping tabs on him about two years ago with a view to handing him a call-up, but his team failed to qualify for the 2021 U20 AFCON.

The 21-year-old has experienced first team football this year, making appearances for Scottish Premiership side Dundee United and Chesterfield in the National League.

Tanzania forced 1996 Olympic champions Nigeria to a 1-1 draw in the first leg staged at the Benjamin Mkapa Stadium in Dar es Salaam.

Captain Success Makanjuola broke the deadlock in the 29th minute when he converted a penalty but the home team equalised in the 74th minute to leave the second leg open.