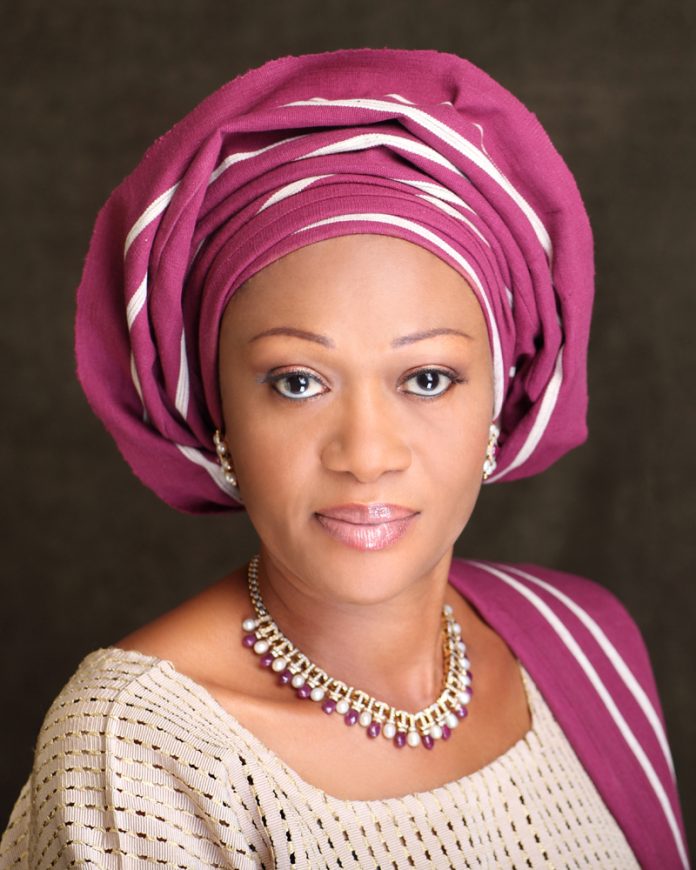 The Senator representing Lagos Central, Oluremi Tinubu, has been accused of attempting to impose one of her aides as successor to the Oloto throne in Lagos.

One of the interested parties, Akinlade Babafemi, who raised the alarm, said the meddlesomeness of the former first lady of the state has begun to cause uneasy calm and might escalate if not promptly addressed.

According to Babafemi, “The news broke yesterday (Wednesday) night that a courier and government official brought a well-protected memo to the palace at Ijora and that what many suspected had eventually been penned. It was a specific one.

“An unknown man said to be a courier gave the phone to many senior officials and many we hear were forced to attend to this document. We have been alerted since February 2022, to this unseen hand seemingly forcing the hands of many supposedly senior government officials and traditional rulers alike.

“The name on the lips of many pulling the strings at the other end of the phone was alleged to be Senator Oluremi Tinubu. She is alleged to be interested in the Oloto of Otto stool for an aide of hers. We had alerted the government to the outright contempt of such a desperate act with the existence of many court orders and rulings on the matter.

“The main nerve of the Oloto Royal family called Oloto Royals took to Punch newspapers on February 14, 2022 to enlighten the government on the issues involved if it refused to read its own rules.”

To this end, Babafemi claimed, “The next in line to produce the Oloto of Otto is the Baalo Ruling House. It is a government white paper and law in Lagos State. Why would a Senator of the Federal Government and Nigerian nation embark on such a travesty and desecration of the judgment of their Lordships and seek to impose her aide on the Oloto Royal family?

“This particular aide is not even a member of the Baalo Ruling House, hence, unqualified to represent the Baalo Ruling house. We can’t say more than wonder why the government will choose to break the law of the state. The Senator needs to clear the air. She has been mentioned and touted in this act as the main promoter of the intended illegal imposition

“It must have been hard for many good people to say no to these schemes. The Oba of Lagos must be commended for being the only one, who has reportedly dared the voice at the other end of the courier’s phone that he is not in support of the evil plot. He was quoted to have said that the Oloto family has laws guiding it and he will never be a part of the criminal act of imposition of an outsider on the Otto stool.”

Babafemi, therefore, explained that, “The danger at this point is in the high tension silently being built by the persistence of those involved in the evil act. It is spreading fast and civility is being eroded. Otto has a bad security report. The state government is aware of this. It is a melting point of many area zealots.

“The government knows the attendant security issue if a public protest against the planned illegal imposition is carried out. The youths of Otto were the ones who resisted the destruction wave of mindless protesters during the ENDSARS protests ably courted by the government at that period.

“That defence is worth a book on its own. These youths defended the sensitive government interests from LAWMA, NIPOST, Iddo market, and police formations in the area. The reader should imagine what could have been the consequences if Otto goes into turmoil.

“Why will the government choose such an illegal path, when it even knows the details of the contempt proceedings that may likely follow? Are they not reading these files? Why will impunity be a method of the law keepers?

“This illegal move will also awaken the other aborigines of the state as to the nature of governance in Lagos State. Why will a state government choose anarchy and impunity in a matter like this? Oloto of Otto stool is the most ancient stool in Lagos State and the biggest land owning family in Lagos. We can read in-between the lines as to the motives of those pushing this criminal act.

“Lagos State indigenous peoples have been the big base of the Asiwaju Tinubu Presidential bid. We do not want to be a factor of its fall. We have employed civility in the rejection of the illegal move. We will continue to do so. I can, however, not vouch for anyone. The government should blame itself for any eventual breakdown of law and order.”