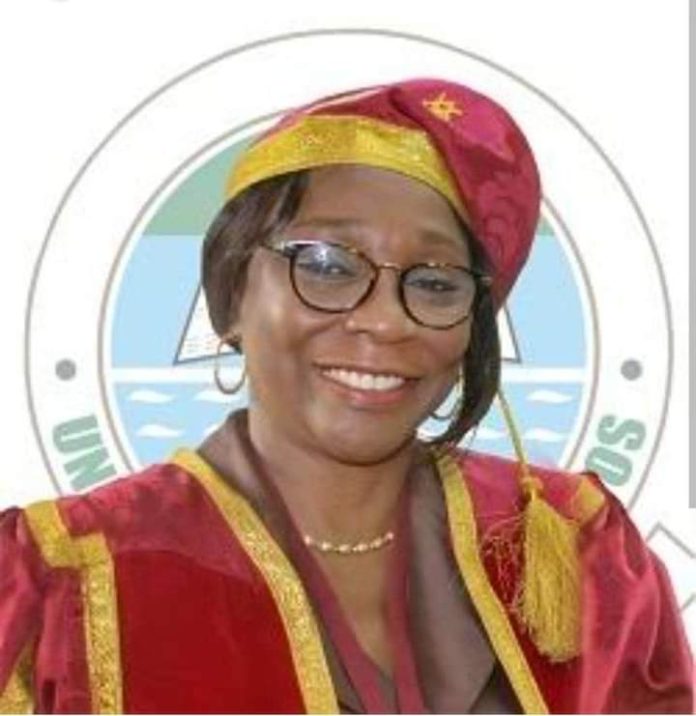 The Governing Council of the University of Lagos, has appointed Prof. Folasade Ogunsola as the 13th Vice Chancellor of the institution.

A statement by Adejoke Alaga, Principal Assistant Registrar, Communication Unit of the university and issued to newsmen on Friday night in Lagos indicated that the appointment was for a five-year tenure with effect from Saturday, Nov. 12, to Thursday, Nov. 11, 2027.

Ogunsola will succeed Prof. Oluwatoyin Ogundipe, whose five years tenure comes to an end on Friday Nov. 11. He was appointed vice chancellor in 2017.

According to Alaga, the appointment was made at the end of the special council meeting held in the university.

Ogunsola is a professor of Medical Microbiology and a Consultant Clinical Microbiologist and Infection Control for the Lagos University Teaching Hospital.

She was among the seven shortlisted candidates that vied for the position.
Others that were shortlisted include Prof. Timothy Nubi, Prof. Abayomi Akinyeyi, Mathew Ilori and Adeyinka Adekunle among others.

She is a fellow of the Royal College of pathologists and the West African College of Physicians.

Ogunsola had also served as a pioneer and only female Provost of the institution’s College of Medicine.

She also served as member of the governing council for three terms.

This made her rank as the only one with such number of years in the governing council among all the other contestants.

She has also received various awards from both local and international bodies, has 142 publications in reputable academic journals and co-authored four books.