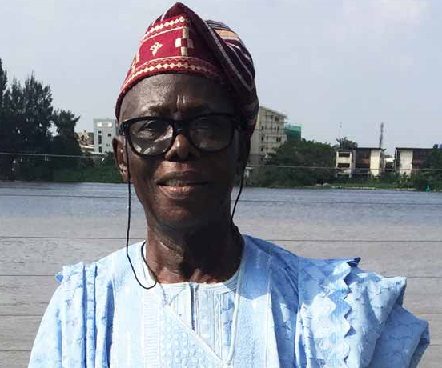 The University of Lagos is set to confer a doctoral degree in Mass Communication on a former Daily Times journalist, Michael Dayo Duyile, at its 53rd convocation ceremony scheduled to start on January 13.

The UNILAG Vice-Chancellor, Prof. Folasade Ogunsola, stated this at a conference to announce activities lined up for the ceremony in Lagos on Tuesday.

According to her, 83-year-old Duyile, in the male category, and Bridget Obiageli Okonji, 82, in the female category, are the oldest graduating students to be conferred with such honours at the ceremony.

She said Duyile was the journalist who covered the opening ceremony of the university on October 3, 1962.

Ogunsola further stated that Okonji would be conferred with an M. Ed. in Guidance and Counseling at the ceremony.

She said the 2023 ceremony, tagged ‘special convocation’ will witness the awards of degrees for Postgraduate Diploma, Master, Doctorate, as well as honorary Gold Medals.

“The ceremonies will begin on Friday, January 13, with the commissioning of a Tele-Medicine project, facilitated by the university’s our Pro Chancellor and Chairman of Council, Lanre Tejuoso at the College of Medicine, Idi Araba.

“On the same day, from 1:00pm to 2:00pm, a Jumat Service for the ceremonies will take place at the UNILAG Mosque.

“On Tuesday, January 17, the Investiture of the 13th vice chancellor will take place. This will be followed by a convocation lecture at the same venue.

According to her, the lecturer who is the current President, Institute of Software Practitioners of Nigeria (ISPON) would be speaking on the topic: Finding the Boundaries of the Possible; Venturing Beyond.

Ogunsola noted that she was optimistic that the lecturer would provide insights about the future and broaden the perspective of audience on ways that would assist the university to stimulate discussions/engagement with the private sector as well as the academia.

“This will provide us the platform where we will be looking into the future, where a large percentage of its services and systems will be driven by technology,” she said.

The Vice Chacellor said that Fola Adeola, an industry expert, Co-founder of Guaranty Trust Bank and Chairman of FATE Foundation would be the Chairman at the occasion.

She noted that there would be a convocation play, Femi Osofisan’s Esu and the Vagabond Minstrels, to be presented by the Creative Arts Department after the lecture.

Giving a further breakdown of the convocation ceremony, Ogunsola said Postgraduate diplomas, Masters and Doctor of Philosophy (Ph.D) degrees would be conferred on graduates of the institution’s School of Postgraduate Studies on January 18.

She said that there would also be the conferment of Gold Medal Awards on two eminent personalities within the University community.

The Vice-Chancellor named them as Johnson Olaleru, a celebrated Professor of Mathematics and Prof. Duro Oni, a theatre guru.

“This 53rd convocation ceremony which is also a special convocation to mark the university’s 60th anniversary, will formally come to an end on Sunday, January 22, with a Thanksgiving Service at the Chapel of Christ Our Light, in the university,” she stated.

Ogunsola added that the past year had been characterised by various challenges to tertiary institutions in the country.

“The eight months industrial action by employees of Nigeria’s public universities was a great setback to scholarship and if not for the doggedness of the Senate of our university, we would not have been here today.

“To members of Senate here present, I salute your commitment and fidelity to this institution, which has ensured that we have graduating students to celebrate at this year’s Special Convocation Ceremony,” she said.

Ogunsola noted that a total of 2,251 graduating students would receive their degrees, diplomas and certificates.

According to her, out of this number, 67 will receive Postgraduate diplomas, 2,119 others will receive their Masters degrees, while 65 will be honored with Doctorate degrees.

She noted that the overall best Ph.D. Thesis award for this year would go to Ahmed Amoo Yinusa, Ph.D. Mechanical Engineering.

Ogunsola would be presiding at the ceremony in her capacity as vice chancellor for the first time.

She was appointed as the UNILAG Vice-Chancellor on October 8, 2022, by the university‘s council.

She took over from Oluwatoyin Ogundipe, the 12th VC of the institution, whose five-year tenure came to an end on November 12, 2022.