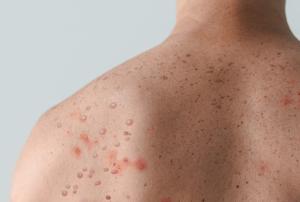 More than 10,000 Americans have now tested positive in the monkeypox outbreak across the U.S. according to figures published late Wednesday by the Centers for Disease Control and Prevention, as federal health officials say they are still racing to contain the virus, CBS News reports.

Cases have been reported in every state but Wyoming while 15 states and the District of Columbia have reported more than a hundred cases. The largest numbers are in New York, California and Florida.

No U.S. deaths have so far been reported, out of the 12 monkeypox fatalities the World Health Organization has tallied so far this year.

Health officials say the virus is mostly spreading through close interactions between men who have sex with men, either through direct skin-to-skin contact or shared linens like towels and bedding.

Federal health authorities have warned for weeks that they expected the U.S. outbreak to accelerate through August, especially as availability of testing ramped up, following the course of some other European countries that saw cases swell earlier in the year.

The U.S. has reported the most infections of any country in the world since late July. The American sum of cases is now roughly double the size of Spain, the European nation that had previously reported the most cases ahead of Germany and the United Kingdom.

The pace of new cases now appears to be slowing in some countries abroad. When measured relative to the size of each nation’s population, the CDC’s tally is still smaller than in those European nations, though the accelerating U.S. outbreak now appears on pace to eclipse those rates too.

On Wednesday, 1,391 new cases were reported nationwide to the CDC — the largest single-day increase so far. The first known case in the current U.S. outbreak was reported in mid-May.

“We are still operating under a containment goal, although I know many states are starting to wonder if we’re shifting to more of a mitigation phase right now, given that our case counts are still rising rapidly,” Jennifer McQuiston, the CDC’s top monkeypox official, told a group of the agency’s outside advisers on Tuesday.

That effort might get easier over the coming weeks, following a move by the Food and Drug Administration this week to grant emergency use authorization to a method of using smaller doses of the Jynneos monkeypox vaccine that could effectively multiply the U.S. supply of the shots.

By administering these smaller doses between the skin’s layers, instead of deeper into the arm, authorities say it may be possible to vaccinate up to five times as many people with each vial and still yield a “nearly identical” immune response.

However, the CDC has long warned there was limited data showing how effective the Jynneos vaccine is at actually curbing monkeypox disease and transmission — urging those vaccinated to continue taking “steps to protect themselves from infection” during the outbreak.

Local health officials caution it will take time for them to ramp up the new “intradermal” approach to vaccinations, which relies on different needles and procedures than the traditional “subcutaneous” shot.