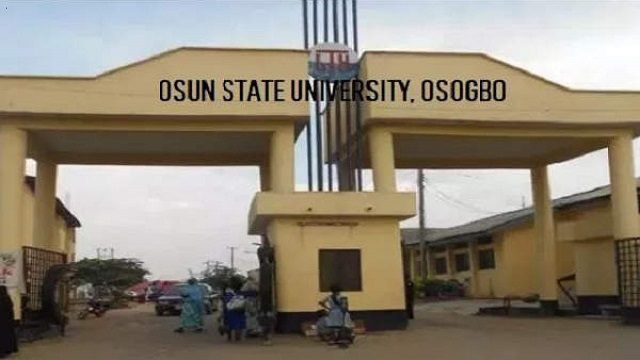 Adesoji, aged 30, was also accused of mobilising soldiers to threaten one of the victims at her residence.

The accused person allegedly assaulted one Sakirat Baderinwa by slapping her on October 24, 2022 at about 5:30pm at Abidogun Alabameta area, Ota-Efun, Osogbo.

At the same time and place, he allegedly inflicted injuries on a married woman, named Fasilat Adedokun.

According to the Police prosecutor, Inspector Bose Shoyemi, the accused person brought military men to Baderinwa’s home and threatened her life.

The charge against him read that “You, Adenle Adesoji, on October 24, 2022, at about 5:30pm at Abidogun Alabameta area, Ota-Efun, Osogbo, in the Osogbo Magisterial District, did assault one Baderinwa Sakirat by slapping her on the left side of her face.

“You (defendant), at the same date, time and place, did assault one Adedokun Fasilat by beating her up to the extent that she sustained bruises on her left knee.

“You did conduct yourself in a manner likely to cause breach of the peace by bringing military men to the dwelling of one Sakirat Baderinwa to threaten her life.”

Adesoji was said to have committed offences contrary to and punishable under sections 351 and 249(D) of the Criminal Code, Cap 34, Volume II Laws of Osun State, 2002.

Adesoji pleaded not guilty to the allegations. The defence counsel, Kehinde Adepoju, urged the court to grant him bail in liberal terms.

Magistrate A. O. Odeleye granted the accused person bail in the sum of N100, 000 with two sureties in like amount. She said that one of the sureties must be a civil servant while the other must be a close relation of the defendant.

The matter was adjourned till January 17, 2023 for mention.

Adesoji was remanded at the Ilesa Correctional Centre pending when his bail conditions would be met.