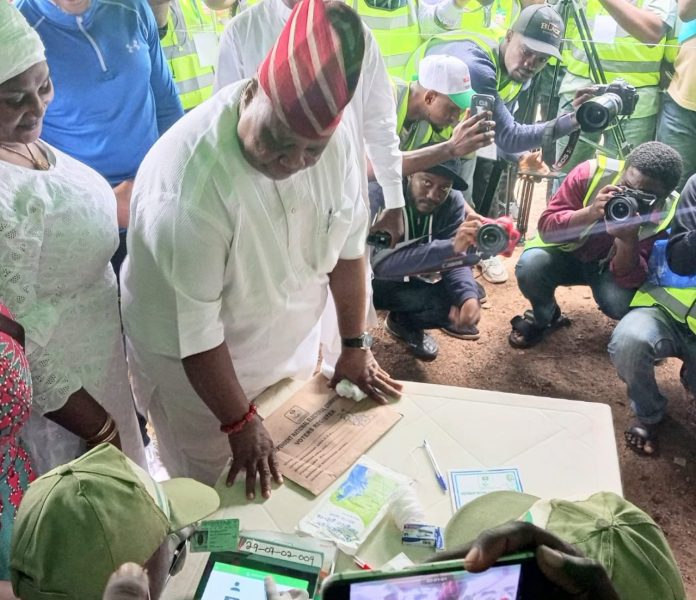 Adeleke cast his vote alongside his party faithful in the area.

While addressing journalists and teeming supporters, he assured them of victory and urged them to calm down for the election to be counted.

“Let’s calm down. We will win this election,” Adeleke said.

Meanwhile, accreditation of voters had started as early as 8:20am in some polling units in Ede township.

Some of the INEC Officials who spoke with our correspondent noted that about 800 voters are expected to cast their votes in the area.