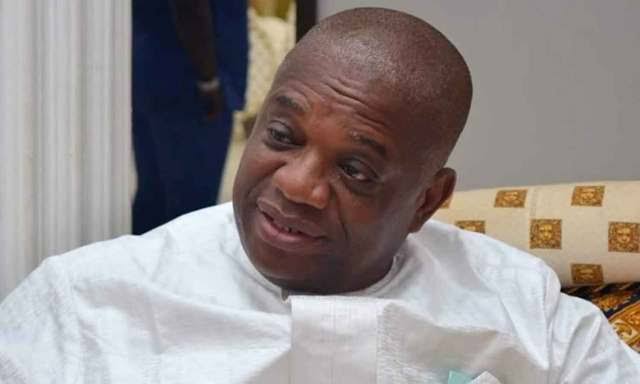 Despite being an Igbo man, Senate Chief Whip, Orji Uzor Kalu, has declared his intention to work and vote for the presidential candidate of the All Progressives Congress, Bola Ahmed Tinubu in the coming 2023 general elections.

The former Abia State Governor made it clear that the presidency of Nigeria is not a regional affair and that he will be working for his party.

He assured the Igbos that they will be the biggest beneficiaries of the presidency of Asiwaju Bola Ahmed Tinubu.

“So, it is not personal. It is political and party. This thing is about the party winning the election. I have chosen to be in APC. Why will I vote against Tinubu? It is madness, and I’m not going to do it. Elections go along party lines, not along tribal lines.

“For me, we will wait for another time and see how all Nigerians will agree to zone the presidency to the Igbo land. But for now, our presidential candidate is Bola Ahmed Tinubu.

“Tinubu is a strategic person; he will make his presidency beneficial to the Igbos. The Igbos will be the biggest beneficiaries of Tinubu’s presidency,” he said.