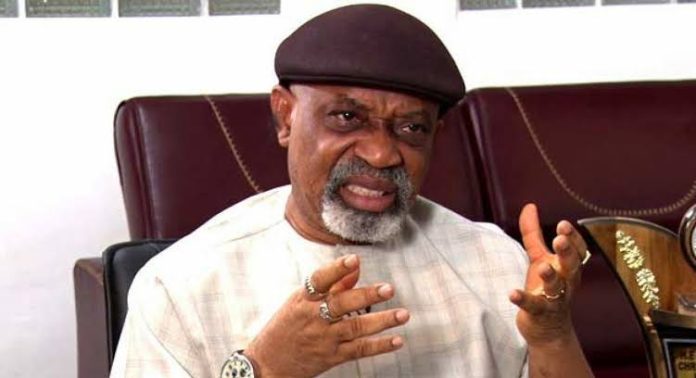 The Federal Government has said it cannot pay members of the Academic Staff of Universities for work not done.

ASUU members had on Thursday decried the Federal Government’s decision to pay them half salaries.

The lecturers had said they only got payment for 18 working days in October.

Speaking on the development, the Federal Government, in a statement issued on Saturday by the Head of Press and Public Relations, Ministry of Labour and Employment, Olajide Oshundun, said ASUU members were paid their October salary pro-rata.

The government noted that pro-rata was done because the lecturers cannot be paid for work not done.

It added that the Accountant General of the Federation was not directed by the Minister of Labour and Employment, Chris Ngige, to pay the lecturers half salaries.

“Following the ruling of the Court of Appeal, which upheld the order of the National Industrial Court of Nigeria, asking ASUU to go back to work, the leadership of the union wrote to the Minister, informing him that they have suspended the strike.

“The Federal Ministry of Education wrote to him in a similar vein and our labour inspectors in various states also confirmed that they have resumed work.

“So, the Minister wrote to the Federal Ministry of Finance, Budget and Planning, directing that their salaries should be restored. They were paid in pro-rata for the number of days that they worked in October, counting from the day that they suspended their industrial action. Pro-rata was done because you cannot pay them for work not done. Everybody’s hands are tied,” the statement partly read.

ASUU embarked on an industrial action on February 14, 2022, to press home an improved academic environment and welfare of members.

However, the union, on October 14, suspended its eight-month-old strike and directed lecturers to resume academic activities immediately.