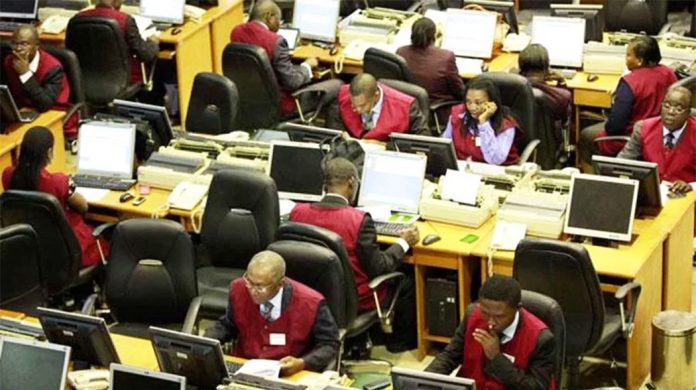 Equities trading at the Nigerian Exchange Limited closed bearish on Tuesday, mainly due to weak investors’ appetite for banking stocks.
Hence, the year-to-date gain of the index fell to 10.78 percent even as the Exchange printed a higher number of losers (14) than gainers (13). CHAMS topped the gainers’ chart, advancing by 9.09 percent, while NEIMETH led the laggards’ chart to decline by 7.97 percent.

In terms of volume, TRANSCORP was the most active stock, with 34.59 million shares worth N40.48 million changing hands in 111 deals.