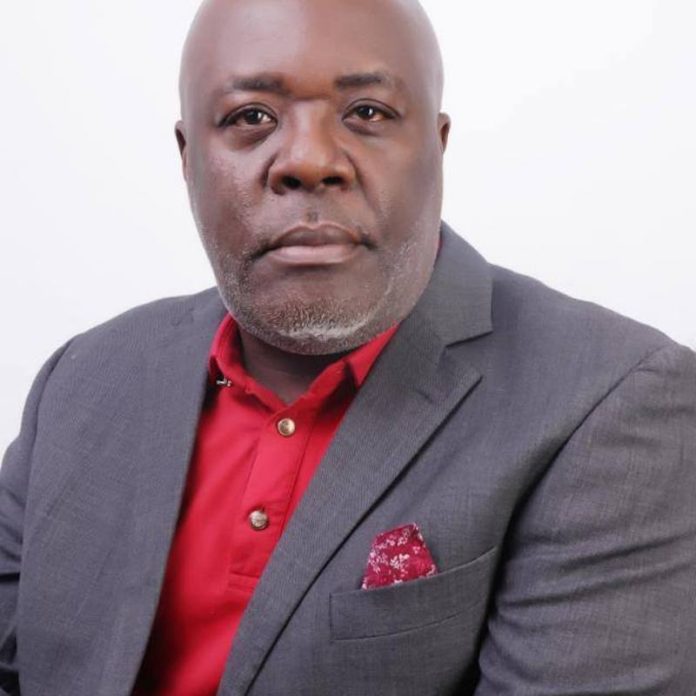 Edozie Njoku is the national chairman of the All Progressives Grand Alliance. The party has been enmeshed in leadership crises after its founding national chairman, Chekwas Okorie, and his successor, Victor Umeh, fell out which tore it into shreds. The power tussle has left the party having different persons parading themselves as National Chairmen at different times. The crisis took the party to the Supreme Court which recently pronounced Njoku as the authentic national chairman of the party. In this interview with BENEDICT NWACHUKWU, he spoke on the return of peace to the party and other national issues. Excerpts:

Can you confirm the news of your final recognition and directive from the Supreme Court for the Independent National Electoral Commission to recognize and deal with you as the authentic National Chairman of the All Progressives Grand Alliance?

The review of the judgment was a simple thing. An injustice was done; our lawyer saw it and now wrote to the Supreme Court panel, which was headed by Justice Mary Odili before her retirement. They sat and agreed that a terrible injustice was perpetuated, and because Odili was going, she wrote her own judgment and signed, and a few weeks after, Justice Lawal wrote his own and signed on the 9th of July, because of all the whole pressure going on around in the Supreme Court, the other three justices wrote theirs and signed accordingly. Not just that they did their own, they released the enforcement order and the Supreme Court themselves served it on INEC, not just to the INEC chairman, but the commission’s secretary. The unanimous judgment from the five justices was served on INEC, together with the enforcement order.

Has there been any official communication to INEC to that effect?

For now, we can’t get any official communication from INEC because the commission was busy conducting the Osun State governorship election when this order was given. Most of their officials were busy in Osun, but the few national commissioners that I communicated with noted that the case was over.

As it stands now, when are you moving into the APGA national secretariat with your NWC members to assume office?

In the next one week, we should be able to take over the party affairs; I learnt that they are gradually leaving the place. Can anybody stand up against the judgment of five Supreme Court judges? It is over, they are moving out and we are going to take over the office by next week.

In your own opinion, there are two presidential candidates, but from the day that the Supreme Court gave its judgment, despite the illegality that was going on then, in the eyes of anybody who understood what was going on, there is only one APGA, the masses in APGA are not involved in the crisis between Oye and Njoku. As long as INEC receives and acts on the judgment, everybody will turn around and recognize the authentic presidential candidate, who is Chief Chekwas Okorie.

“A proper audit is going to be done in the party from 2002 till today, to know how APGA has functioned. The party has to move away from the past and become more transparent. We are going to have a complete audited account; we are not witch-hunting anybody”

Now that the pendulum has swung in your direction, what measures are you putting in place to ensure that peace returns to APGA?

The first thing to do is to begin the process of bringing APGA back to its enviable position. We will begin an auditing process that would scrutinize the party leadership, starting from the time Chekwas Okorie was the national chairman. A proper audit is going to be done in the party from 2002 till today, to know how APGA has functioned. The party has to move away from the past and become more transparent. We are going to have a complete audited account, we are not witch-hunting anybody, but we are now moving the party to become truly, a national political party

But some stakeholders may feel that auditing the activities of past National Chairmen could bring sentiments and bad blood into the party. Wouldn’t it have been good to move on, forget the past and concentrate on repositioning the party ahead of the 2023 elections?

What kind of sentiment? For me, we must know how things went wrong in the party. In APGA things have really gone wrong, we were not known this way before. I was the first vice national chairman of the party, we had a vision, we have derailed from that vision. So you have to get all the instruments in your hand to be able to move forward. There must be complete auditing to have a correct state of the party.

The elections are very close, and every stakeholder would by now be expecting preparations for the election, will the auditing come on or before the elections?

I am very happy you asked that question because I know that auditing will not dominate our activities. It will be a minute part of what our activities would be for now. We need to enhance our structures all over Nigeria. At least 70% of our candidates are those who bought form from both our side and that of Oye. So there is not going to be any major change, maybe a few like 20% change, but it’s going to be the same thing. APGA is one, things will move on naturally and we must stand on a new and solid foundation

You have been a major stakeholder in APGA, having been a member of its NWC even in the past, and also ran for election under the APGA platform. Are you not worried that APGA, since its inception, has remained a one-state party?

This is a very beautiful question, but I will put it back to you, that you should ask me this same question in the next six months because I know you would provide the answer yourself. I can’t reveal our secrets to you, but remind me that I said this after six next months. I assure you that you will be clapping for us by that time.

Ahead of the 2023 presidential election, what advantage do you think your candidate would be having ahead of the others?

The advantage we have is that APGA is the political party with a very strong Igbo sentiment. Politically, the Igbo have carried their votes to the PDP in the past, but this will not happen again. We saw all the things that are happening to the Igbo today when we went and formed APGA. Nigeria has remained a country divided along ethnic lines.

Before their merger, Buhari registered the CPC, Tinubu and his group registered AD and later ACN. Nigeria has always been like that. We saw all those things and we formed APGA to be able to speak for our people, rather than individuals. The truth is that it is only a Fulani man that can speak for Fulani, only a Yoruba man can speak for Yoruba and it’s only an Igbo man that can speak for the Igbo. We know how passionate we were with APGA then, but we need to go back and re-enact that passion, we as Igbo need to consolidate and not repeat the same mistake we did in PDP, when we belonged to a political party that we never benefited anything from.

Ahead of the 2023 election, APGA has attracted some high-profile politicians for both the governorship and National Assembly tickets. For instance, the party can boast of Great Ogboru for Delta, Gregory Ibeh, Frank Nweke for Enugu, Senator Enyinnaya Abaribe and many others. How do you intend to relate with these candidates to achieve success for the party in the forthcoming elections?

From what I have been saying, you should know that APGA spirit is in me. So I cannot reject a true APGA disciple when I see one. My promise is that you will see the speed that APGA will hit the road with. I don’t want to talk much about that, all over should calm down, we will put the round pegs in the round hole and the party will move on.

Are you assuring everybody that no candidate will be dropped from the election as a result of the new order?

How can I say that now? Wherever any of them is better, we go to the person. We will sit down and arrange things to move forward. If we feel that a candidate has been suppressed during the election, we must do the needful and redress the injustice. It’s not going to be by name, but definitely by the capability to win votes and elections for the party.

What is your relationship with the only Governor APGA has so far?

We are cordial, we have spoken. I am the national chairman, and he is our only Governor, so he remains very valuable to the party.

Wike distances self from suit against Atiku, PDP