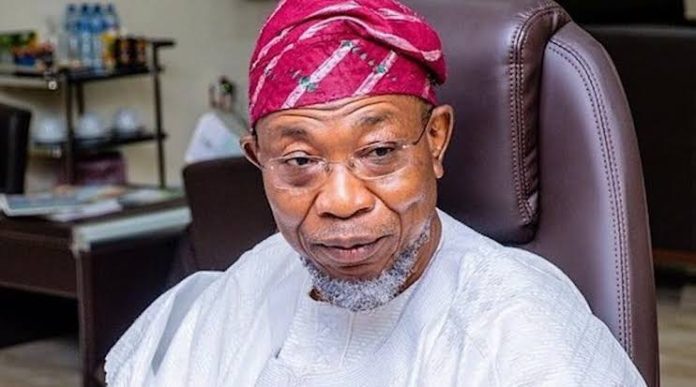 BY TIMOTHY AGBOR and MAYOWA SAMUEL

Members of the All Progressives Congress in Osun State loyal to the Minister of Interior, Rauf Aregbesola, have expressed their readiness for reconciliation to end the crisis rocking the party in the state.

The APC lost the recently concluded governorship election in the state to the People’s Democratic Party, a defeat many attributed to the internal crisis rocking the party in the state.

Salinsile added that Aregbesola’s supporters under the auspices of The Osun Progressives voted for Oyetola in the election as against the claim that they aided Adeleke’s victory.

He said Oyetola and the party chairman in the state, Gboyega Famodun, cheaply delivered victory to the PDP in the July 16 governorship election.

According to Salinsile, Oyetola and Famodun’s responsiveness and impunity on party issues led to the total collapse of the APC’s winning structures and the eventual loss of the poll.

He said, “Let me quickly note that they are up in arms to finish Osun APC with an instruction to Ward Chairmen to start suspension of members of TOP from the APC

“Towards 2022 election, the party got divided into two with the former and incumbent governors leading the two caucuses. Famodun felt so comfortable to side with one of them and make the enemy of the other because of lucre-immediate gain.

“Then we went to the election and lost scandalously, even in our traditional safe constituencies and he started looking for a scapegoat. Famodun is to be told that he is an original failure.

“The TOP which Famodun is trying to blame had offered to help him in resolving the matters that is affecting the party but his penchant for avarice, greed and corruption will not allow him to see reason.

“May we ask Famodun, is it the TOP leaders and members who he described as rebels, insignificant, not popular at home, not core politicians that suddenly, in his warped thinking, become strong enough to win an election against him and his almighty government?

“It is only a warped and heretical thinking that has brought Famodun to that inebriated conclusion. Was it TOP that made Famodun and other cabinet members lose in their various Wards and Local Governments?

“We take Boluwaduro Local Government for particular example, with very small voters’ registration but with Famodun, three cabinet members and head of a powerful agency in town, the APC lost.

Could that be the work of TOP? For those who operate a bad system, they will never see anything wrong in it until it crashes.

“Putting a lie to Famodun’s allegation are tones of abuses and curses that are placed on the leadership of Governor Oyetola and kitchen cabinet by members of the Ileri-Oluwa camp who felt let down by the outcome of the election and the flippant manners their advice to resolve the obvious crisis in the party were treated.

“The contents of those voice notes should be more than enough for modest and reasonable people to bury their heads in shame,” he said.

Salinsile blamed both Oyetola and Famodun for the defeat suffered by the APC in the governorship election.

“The duo of Governor Oyetola and Prince Famodun has definitely fulfilled their wishful mission to bring APC down in Osun.

“The National Secretariat has a duty not to wait any longer. The wall of Jericho has fallen with Famodun’s confession and Osun APC should undergo immediate re-organisation, rebooting, re-energising for greater future performances,” said Salinsile.

But Famodun said Aregbesola and his supporters lacked moral ground to still consider themselves as APC members.

He added that committees had been set up at ward level to investigate their action and discipline them accordingly.

He lamented that Aregbesola and his supporters scuttled the chance of APC in the election because of their anti-party activities, saying that they worked for the PDP candidate against Oyetola.