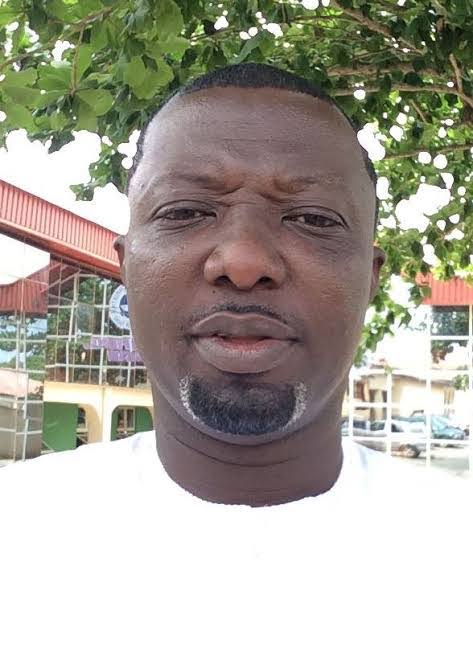 The Labour Party, in the last few days has been watching with consternation the grandstanding of its National Publicity Secretary, Mr. Abayomi Arabambi and his cohorts in the Ogun state executive of the party wherein they have continued to dish out lies to the public concerning the leadership of the party.

The party is constrained not to go to the gutters with its national officer, especially as it concerns the internal matters of the party which we all swore oath of confidentiality to uphold. We are even more constrained knowing that when a bird dances in the air, the probability of a drummer hiding nearby is a possibility. We are also not unmindful of the gullibility of men when confronted with carrots they can’t resist, hence, we have chosen to come out with facts as distorted by our supposed spokesperson.

Appearing on a popular television programme Saturday morning, Abayomi Arabambi threw caution to the wind by callously dishing out statements attacking a party for which he claims to be the National Publicity Secretary and has also questioned the legality of the membership of one of our respectable leaders and the Director-General of the Presidential Campaign Council, Dr. Doyin Okupe, wherein he pronounced him expelled from the party.

On Friday, I did addressed a press conference wherein the party over-ruled the illegal expulsion and had also warned of dire consequences against the architects of that rascality but with the recent development, the party has decided to tell its own story of how it has unknowingly harboured a ‘Judas Iscariot’ who is driven by pecuniary gains to sell the party, it ought to be defending.

First, at the conclusion of the party primaries, in line with the directives of the Independent National Electoral Commission, INEC, forms of the party’s candidates are supposed to be uploaded to INEC’s Portal. As a ranking member our party from the South-West, Mr. Arabambi was tasked with handling the candidates from both Lagos State and his home State, Ogun for the House of Assembly and governorship. The party didn’t know that he had ulterior motives and never had the intention of submitting the forms. He frustrated the arrangement and made sure that no name was uploaded.

When the party found out and queried him, he apologised and promised to take the matters to the court with a view to getting INEC to accept the forms.

At this point, the *distraught* party began to suspect a foul play and on closer monitoring, it was realised that the matter was not diligently pursued in the courts leading to the matter being dismissed at the Federal High Court.

The party was going to wield the big stick for dereliction of duty but again he pleaded that he would appeal the judgement and had also given a firm assurance that the forms will be uploaded. It was on the basis of that that he was given the permission to pursue those cases on behalf of the party to Appeal Court. He once again lied to the party that there was valid appeal on the two states, Lagos and Ogun but unknown to the party, he never filed any appeal proper, though he filed notice of appeal for Lagos but he didn’t *consummate* it, there were no documents, no evidence before the court.

When the party noticed that he was playing pranks, and that he was merely deceiving the party, it quickly contracted another lawyer who *pursued* the case and got judgment in Lagos within three weeks. And *thereafter* when we saw what happened in Lagos we instructed other lawyers to take over the cases in Ogun for diligent prosecution. That is how Labour Party got the list of its candidates uploaded in INEC portal.

Every party member ought and should be happy that the party now has candidates in Lagos, having gotten that judgement, but this is not so with the *party’s so called spokesperson* I therefore ask, ‘Arabambi is not APC, he is not PDP member, why is he angry that his party got a judgment that enabled INEC to recognise candidates of his party? Which sane person will be fighting his own party? His reactions and actions on the judicial success of the party which he initiated, defeats any logic. So who is he working for? Is he now working for or against the *Labour Party?*

And now for him threatening to go to court to challenge the judgment in favour of his own party, a party where he ought to be an image maker tells you clearly that he is completely compromised. *He has been detailed to frustrate the party from getting candidates to field for elections in these areas*. That he has instituted action against the Party’s victory in the Supreme Court is in his determination to ensure that Labour Party does not have candidates in Lagos and Ogun states. The inference that you can draw from his actions is that he is compromised because there is no other means to justify his current position.

Secondly, his unilateral expulsion of a foremost party leader like Doyin Okupe is laughable. Like I said earlier, during my press conference on Friday, we have made a strong statement that Arabambi has no constitutional powers to suspend any member of the party, not to talk of a personality, the party had worked *hard* to bring over to its fold.

For his information, Dr. Okupe, a frontline politician and a former Presidential aspirant joined the party with Peter Obi along with thousands of other notable leaders and were duly granted waivers. Since joining the party, he has been of immense benefit not just to the party but also the campaign council, investing both financial and material resources to ensure that the will of the people, which is a pro-people government is actualized in Nigeria soonest.

Let me reiterate that any member of the party who is proven to be a hireling planted to sow discord in the party will soon have a date for judgement. We can’t afford to behave like other political parties we are working hard to upstage. Meanwhile, we will not be distracted by any mechanistic actions of a few. Our eyes are on the ball, 2023 will be the end point.