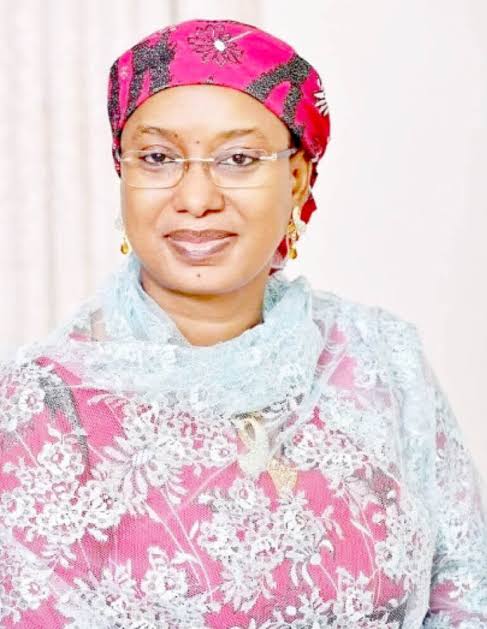 The All Progressives Congress in Adamawa State has confirmed the resignation of Aishatu Binani as Coordinator, Presidential Campaign Council in the state.

Raymond Chidama, state party secretary, gave the confirmation while speaking with newsmen after the party’s stakeholders meeting in Yola, on Friday.

He said her resignation followed the nullification of the primary that produced her as the party’s governorship candidate by the Federal High Court, Yola.

“Just this morning we saw her letter of stepping down from that responsibility”, he said.

Also, Aishatu Binani speaking with journalists attributed her resignation to a pending appeal case, which she says demand her attention and is likely to impact Bola Tinubu’s ongoing campaign nationwide.

“I stepped down to enable someone to act on my behalf pending the decision to enable me to concentrate on my appeal case,” she said.

According to her, she had approached an appellate court over the annulled primaries, noting that she had to resign pending the court’s ruling.

According to him, all party candidates, from presidential down to state assembly, were also coordinators for their respective constituencies.

He said that the party had finally resolved at the meeting that the local government party chairmen should come with an all-inclusive list that reflects all the areas for the campaign team.

“The party has directed all local government chairmen of the party to go back and meet to come back with formidable list that will be acceptable to all that will serve as the PCC in the state and operate at each level.

“As you are aware there is a PCC list from national level for the state, that list will not be affected,” he said.

The Federal High Court sitting in Yola on October 14 nullified the Adamawa governorship primary of the APC which produced Binani, as the party’s gubernatorial candidate for 2023.

In his ruling, Justice Abdulaaziz Anka said the APC had no candidate for the 2023 governorship election in the state.