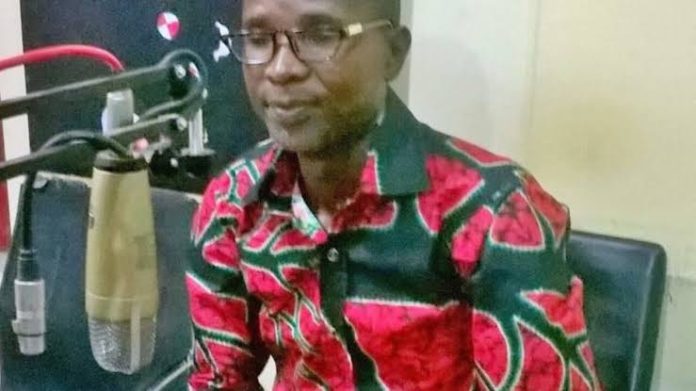 The Imo State Government has thrown more facts on why operatives of the Directorate of State Services are still keeping in their custody a staff of the Imo State Broadcasting Corporation, Casmir Chinonye Uzomah.

In the past few days, the social media have been awash with demands for the release of Uzomah who was arrested by the DSS for airing on the IBC radio station, Orient FM, a criminal, libellous and extremely subversive song against Governor Hope Uzodimma of Imo State, while on duty at the radio station.

The Imo State Commissioner for Information and Strategy, Declan Emelumba said the DSS wants to ensure that investigation into the reason Uzomah was detained is not jeopardised.

“Some of those ignorantly calling for his release have gone far enough to baselessly claim that he was detained on the orders of the state government,” Emelumba said.

The Commissioner in a statement on Monday said: “For the avoidance of doubt, neither Imo State government nor Imo Broadcasting Corporation is responsible for the arrest of the said Casmir Chinonye Uzomah. He was arrested by the DSS for airing subversive material capable of threatening national security.

“The DSS has confirmed that upon his arrest he made a written confession that the said offensive and damaging song he aired was given to him by some collaborators, in a flash drive, and he duly smuggled same into IBC studio and willfully caused it to be aired, in violation of the terms of his employment and the ethics of the broadcast industry.

“This seditious and highly subversive song described the governor of the state, His Excellency, Senator Hope Uzodimma as a murderer, a vampire and sucker of blood. It was as bad as that, and indeed worse. Yet an employee of the government had the audacity to air the song in a state owned radio station. If that does not qualify for the height of impudence and willful subversion then nothing else can.

“That was a clear case of criminal libel against a man who has never been accused of a high crime nor convicted by a court of law. The aim,of course, was not just to disparage the governor but to maliciously damage his reputation and to incite the public against the government.

“Those who glibly talk of freedom and democracy in this matter are either ignorant of the potential crime of treason committed by Casmir Chinonye Uzomah or they are being hopelessly mischievous.

“Indeed it may not be far from the truth to conclude that those in the forefront of the clamour for his release may indeed know how he came about the offensive song. This may well explain why they want him out of the hook fast enough so that they can obstruct further chances of getting to the root of who did what and why.

“It is instructive to note that apart from sabotaging his employers, Casmir Chinonye Uzomah also incurred the wrath of the National Broadcasting Commission (NBC),which queried IBC for breaching its code.

“These are the weighty issues at stake for which the DSS is carefully trying to get to its remote and immediate motives.

“And from the explanation given by the DSS, the co- coconspirators,indicated by Mr Uzomah, in his statement, have been on the run. The DSS insists that they have to be apprehended and questioned alongside Casmir Chinonye Uzomah to establish their sinister motive.

“It is therefore important that while we exercise the right to call for the release of a detainee, we must not sweep under the carpet the need to first establish the motive for the suspect’s action, who his hasty released will most likely jeopardise investigations.

“A man who , acting in collaboration with some unscrupulous elements, could brazenly use a government”s station to incite the public against the Governor of the state, can as well plan to do something more dangerous using the same gang. This is why we think the DSS is right in insisting that it’s important and urgent that he should help them track down his collaborators so that the motive behind their action can be unravelled and judiciously rested.”