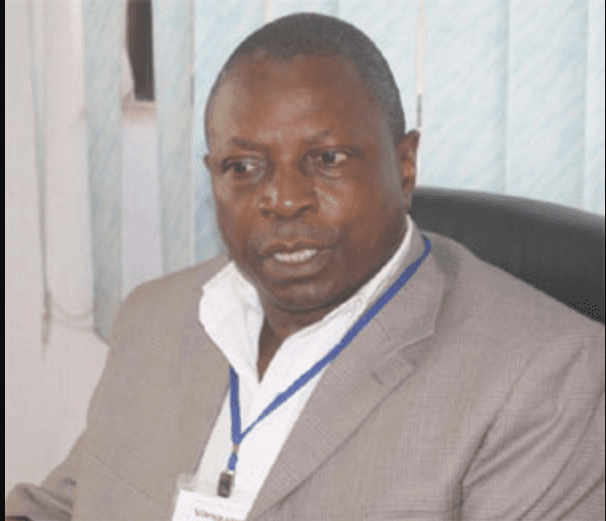 A chieftain of the Peoples Democratic Party in Lagos State, Adetokunbo Pearse, in this interview with MAYOWA SAMUEL, speaks on the crisis in the party and its chances at the 2023 presidential election. Excerpts:

The PDP is entangled in many crises some few months to the commencement of campaigns for the 2023 general elections. What are your suggestions on the way forward?

“The very next day after the appointment of Okowa, Wike was nowhere to be found, Atiku was looking for him. They all know each other very well; Wike is just being difficult and being himself. He is Very quarrelsome, cantankerous, and very divisive”

Governor Nyesom Wike has now become the beautiful bride in Nigerian politics. What are his chances?

On the beautiful bride, it is true he’s being courted, but courtship is not marriage. You can be courted from here till tomorrow, at the last minute when they find some problems, the man will walk out. And I can tell you this courtship will never end up in marriage. If it ends up in marriage, it’s dead on arrival. Think about it, what will it profit Nyesom Wike to leave the PDP and go to APC? Will that not be political foolishness and political rascality? And what will be his reason? That he was chosen to be the vice-president but he was not chosen? Is that not childish? If they make him a presidential candidate in the APC, is he not going to come and face an election where the PDP will trash him? Can he become anything in APC except to be a spoiler for PDP? Let me tell you something else, Wike will not leave the PDP, it is not in his own interest. If he leaves, he has everything to lose. He will become a persona non grata in Rivers State. Do you know why? All the senators are PDP, not APC. So if Wike wants to go, all the senators will not go with him. All the House of Reps are PDP, all the local government chairmen are PDP, all members of the state assembly are PDP, so what is Wike going to do? All these meetings of the APC governors are just showmanship and Nollywood drama. Ayo Fayose was among those who visited. He had come out to say he’s supporting Tinubu. For whatever reason, he has not been with us for a long time.

What do you say about the Benue State governor, Samuel Ortom, who stated that Atiku should have spoken with Wike before announcing Okowa as his running mate after the committee had already nominated the Rivers governor?

That is the governor’s opinion and I agree with him but what would Atiku do? The very next day after the appointment of Okowa, Wike was nowhere to be found, Atiku was looking for him.

They all know each other very well; Wike is just being difficult and being himself. He is very quarrelsome, cantankerous and very divisive. What did he do? How many people have Atiku sent to him? He will not listen, he doesn’t want to talk to them but when the governors who were trying to play on his intelligence came to him, he was glad to receive them. Can you blame Atiku? Is Atiku not the boss? So he wants the boss to come crawling to him and begging him? Even though the man has tried to appeal to him by calling him but he won’t pick up, it’s an insult. If I were Atiku, I won’t call him again, and if he calls me, he will have to come and apologise to me before I even talk to him again. If Wike works against the party, he will end up destroying himself. It will not be in the interest of the party for Wike or any other governor or any other person, including a small person like me to work against the party but whoever decides to work against the party is free to do so, and everybody will see who will benefit and who will lose. Look at Wike for instance; he has a lot of support in how many states? If it’s in Rivers State, his own state where he is powerful, where he is governor, he will lose out totally. Do you think that senators in Rivers State will go with him to APC or work against the PDP when they are already candidates of the party? It’s just razzmatazz. If Wike leaves the party, he’s in trouble, he becomes zero. If I have the ticket for senate in PDP, you now say you are my governor, you come to me and say you are going to APC, that I should come with you, I will tell him Oga, thank you very much, go your own way, I will go my own way. I will win my own election now. Wike has done two terms, so he has nothing to lose. He can be gallivanting and do anything he wants to do. Don’t forget, he is a laying duck governor. The people of Rivers State are waiting for him to retire and sit down somewhere. His term is over; his wahala don finish. So where will it affect the party? How? Of course, he’s financially strong but is he the only one that has oil in his state? These things are just talking and surface issues. No one man is stronger than the group, no one man is richer than the group. People are just taking his money and laughing at him, especially in the North, they know how to do this. Which wealth does he have? Is it not Rivers State wealth? If he’s not careful, we will probe him for bunkering after he leaves office. He only has money because it is government money, then the next governor is going to control the money. The money they get every month, the federal allocation. When he’s no longer governor, will he be coming to collect it? Do you think Rivers State is Lagos State where Tinubu has managed to keep collecting tax after he has left office? The money that Tinubu is collecting is going to be his downfall finally. That’s what we are going to use to bury him in this election. You cannot have such a person as president of Nigeria.

There are crises in PDP because of injustice – Kassim Afegbua

APC shouldn’t test the will of Lagosians in 2023