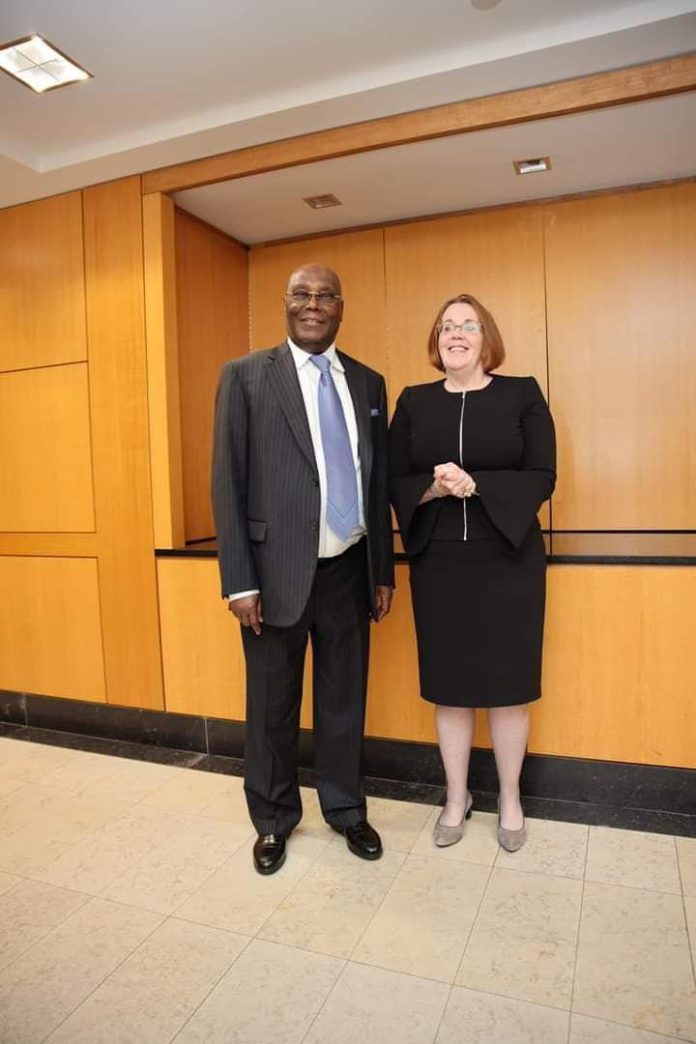 With alert and terror threat looming, Presidential candidate of the Peoples Democratic Party and former Vice President of Nigeria, Atiku Abubakar on Friday held a crucial meeting with officials of the US States Department in Washington DC.

The meeting, which focused primarily on enhancing cooperation with the U.S. authorities on Nigeria’s security challenges, elections and democracy was led by Atiku and Assistant Secretary, States Department, Bureau of African Affairs, Molly Phee.

According to sources from the PDP presidential candidate’s side, “the meeting last night with officials of the States Department could not have come at a better time with the terrorist threat alert by the U.S.; UK and Canada and the withdrawal of its non essential staff by the U.S Embassy in Nigeria.”

A press statement signed by Paul Ibe, Media Adviser to Atiku, on Saturday, said that, “the focus of discussions were on the critical need to seek collaborative solutions to our local issues on democracy and governance, our deteriorating security and the economy.

“Most importantly, the meeting secured commitments to support for free and fair elections in Nigeria, an announcement of a sanction policy before the elections to deter anti-democratic forces, and commitments for continued partnership with Nigeria in areas of security and development.”