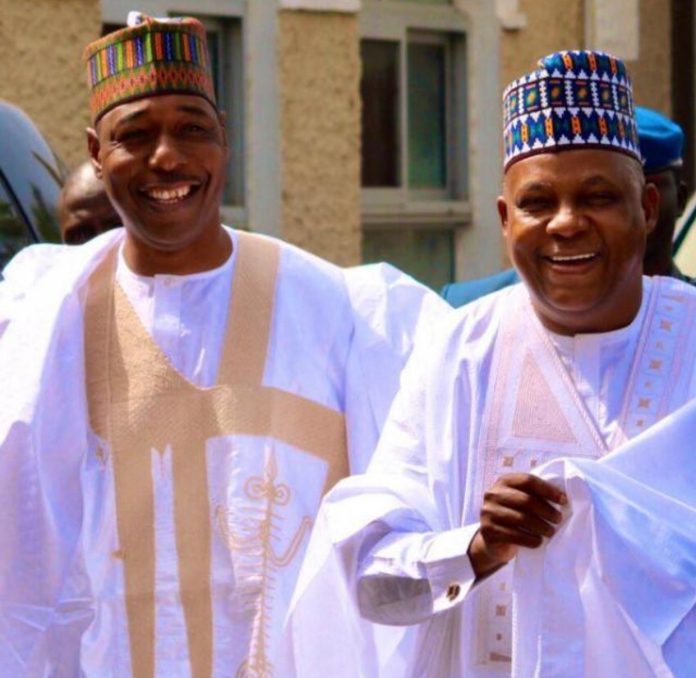 Zulum stated this in a statement he personally signed, the details of which were released through his media office from Maiduguri.

Below is Zulum’s full statement:

“Earlier today, I received with the greatest joy, the announcement of my mentor, His Excellency, Senator Kashim Shettima as the Vice Presidential candidate of our party, the APC and insha’Allah, the next Vice President of the Federal Republic under His Excellency, Asiwaju Bola Ahmed Tinubu, our incoming President, Bi’iznillah. It has been my greatest wish that HE Kashim Shettima gets this elevation that he so much deserves as one of Nigeria’s highly patriotic leaders.

“For me, and I am sure for many leaders and members of the APC, Tinubu’s choice of HE Kashim Shettima is the wisest choice at this point in time.

“Shettima’s choice is very personal to me and together with our leaders and all stakeholders and members of the APC, we shall campaign vigorously, work day and night, to collectively secure overwhelming victory for the APC in 2023, insha’Allah.

“Without the slightest doubt, HE Asiwaju Bola Ahmed Tinubu has chosen a leader who has very deep understanding of our country and its complexities. There is hardly any tribe in any of Nigeria’s 36 states and the FCT that Senator Kashim Shettima cannot knowledgeably speak about. He knows the social, cultural, religious, economic and political structure of virtually all the 36 States and the FCT.

“Shettima is extremely patriotic. He believes so much in the unity of this country and he has proved it on a number of occasions.

“Shettima’s administration (in which I am honoured to have served as rector and as commissioner) truly reflected the Nigerian configuration.

“Above everything else, Tinubu has chosen for Nigeria, an incoming Vice President, insha’Allah, with very deep knowledge not only of the Nigerian economy (challenges and prospects) but also of the world.

“As far back as 2012, Shettima had on many occasions predicted the likelihood of fall in revenue from oil just as he predicted potential fall in the value of naira to dollar, which was why he imported agricultural products worth over N30 billion which today are worth far more, making Borno one of the richest in agricultural machinery.

“I have more to say on this unique leader but I will reserve them for campaigns.

“In the meantime, I want to register our profound gratitude to the leader of our party, His Excellency President Muhammadu Buhari, for his political leadership over the years and for supporting Shettima’s choice as our VP candidate.

“We are grateful to the national executives of the APC and members of the National Working Committee as well as all elders and stakeholders of our party.

“We are grateful to all Governors of the APC under the sound leadership of my elder brother, His Excellency, Senator Atiku Bagudu.

“We are grateful to all APC stakeholders in the Northeast for supporting this wise choice.

“We are grateful to all stakeholders and members of the APC in Borno State for their ceaseless support.

“We are grateful to the good people of Borno State for their undivided support and prayers.

“May Allah lead the APC to a third round of groundbreaking victories in 2023, and may that victory serve the best interest of Nigerians in terms of security, massive economic recovery, endless growth and overall development.