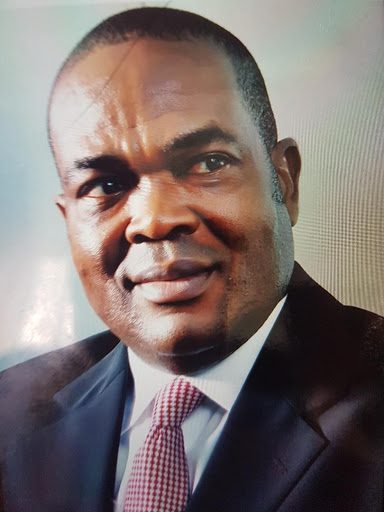 By every dispassionate consideration, the Nigerian economy in 2022 experienced a mix of the bad, the ugly and the unexpected — all reflected in the trends of the key parameters. By far the biggest of the challenges that confronted managers of the national economy in 2022 was high and rapidly rising inflation level.

It opened the year at about 15.6 percent in January but sharply rose steadily to 21.47 percent in November, according to data from the National Bureau of Statistics. This trend, to a large extent, drew a lot of policy reactions from both the monetary and fiscal authorities — to tame the ugly scenario. Specifically, the apex bank, through its Monetary Policy Committee (MPC) shifted to tight monetary mode — by consistently hiking monetary variables, especially the Monetary Policy Rate (MPR) — to push up interest rates on loans and advances.

While the MPR was 11.5 percent in January and Cash Reserve Ratio (CRR) at 27.5 percent with the liquidity ratio at 30 per cent, by November 2022, the MPR had been raised by five hundred basis points to 16.5 percent; CRR was hiked to 32.5 percent; only liquidity ratio was left intact.

These policy responses of the Central Bank of Nigeria coupled with its other measures to mop up liquidity from the financial system, plus the government’s endless quest for loans via local bonds, all combined to dictate the tone and trend of interest rates during the year. Thus, for instance, in order to attract more investors in the face of the ‘rampaging’ inflation, the CBN had to increase interest rate on Treasury Bills (T-Bills) to 6.50 percent in October 2022 — which turned out its highest level in 32 months; but by November, however, it had more than doubled the interest rate, when it sold 364-day (or one year) instrument at bid rate of about 13.5 percent — reflecting the persisting high inflationary pressure.

Interest rate on T-Bills opened 2022 just at 2.49 percent when MPR was at 11.5 percent. Although the apex bank was able to mop up about N5.33 trillion through its money market activity (T-Bills sales, etc.) in the first 10 months of the year in the effort to tame inflation, the Consumer Price Index (CPI) maintains its soar-away trajectory — weakening purchasing power immeasurably.

“More than any other factor, the announcement by the apex bank on October 26, 2022 of its plan to redesign the Naira, unleashed the worst pressure in the forex market — when money hoarders, counterfeiters and other economic saboteurs rushed to mop up the dollar at all cost”

With the ravaging effect of the hyper-inflationary trend, which reflects in a massive loss in the ‘strength’ of money, many economic agents in 2022 resorted to keeping their assets and savings in dollar and other hard currencies. This tendency coupled with other pressures (including speculative activities) in the foreign exchange (forex) market worked against the local currency (Naira) — making it lose value rapidly against other international currencies. At the dawn of year 2022, in the official (Investor & Exporter, I & E) window of the foreign exchange market, one dollar exchanged for about N413.62 but by mid-December 2022, one dollar went for N446.66. In the ‘parallel’ or ‘black’ market (or bureau de change), the exchange rate was N570/$ by end-January 2022, and this spiked to N740/$ by close of business on December 29, 2022 — a weakening of about one hundred and seventy Naira within the year.

More than any other factor, the announcement by the apex bank on October 26, 2022 of its plan to redesign the Naira, unleashed the worst pressure in the forex market — when money hoarders, counterfeiters and other economic saboteurs rushed to mop up the dollar at all cost — to beat the CBN’s stringent guidelines.

Till date, the apex bank’s stipulation that all existing bank notes (200; 500; and 1,000) must be deposited in the deposit money banks (DMBs) by the close of the year, still rattles not a few stakeholders to no end. Illicit money peddlers, money launderers, some dubious politicians and many politically exposed persons (PEPs), including members of the National Assembly, are still using devious means to coerce and arm-twist the apex bank into allowing all existing bank notes to remain in circulation until mid-2023. This, most likely, is to allow huge sums of such ‘old notes’ stashed away be fully deployed in vote buying and other disruptive purposes in the coming general elections in early 2023.

Another factor that impacted negatively on the forex market all through 2022 was dwindling forex earnings and shrinking forex reserves — both caused by sharply dropping crude oil sales volume.

As a core member of the Organisation of Petroleum Exporting Countries (OPEC), Nigeria has been favourably allocated a production quota of almost two million barrels per day — a level that places it at an advantage to make huge forex income from the prevailing high oil price (of over $100 per barrel) since the first quarter 2022 sequel to the onset of the Russia-Ukraine war. This bizarre situation was accentuated by a queer and strange phenomenon known as oil theft — which saw a very high percentage of Nigeria’s oil production being ‘stolen’ by economic saboteurs. At the same time, organised vandalism on oil installations and willful sabotage of facilities and processes worked against production targets.

Ironically, as prices of crude oil remained high in the international market, Nigeria lost the expected ‘windfall’ to rising prices of imported refined petroleum products — PMS, diesel, etc. — because the country depends totally on imported refined products. This scenario with its attendant fuel subsidy that gulps trillions of Naira has made a mess of the public finance of the nation. To this will be added the burden of public debt servicing and payment: debt that has risen very sharply in recent years to be standing at a staggering N44.06 trillion as of September 30, 2022. It was N42.84 trillion on June 30, 2022, according to the Debt Management Office (DMO) data.

In these circumstances, the government is still borrowing from domestic and foreign sources. For instance, as 2022 was winding down, the Senate of the Federal Republic of Nigeria approved a supplementary budget of N819.5 billion brought before it by President Muhammadu Buhari on the eve of Christmas.

This sum, according to the president, is to be ‘borrowed’ locally — and this will certainly add to the humongous public debt whose servicing is already wiping off almost the total revenue of the government.

As the government is getting impoverished by these scenarios, the citizenry is not faring any better. Indeed, in the outgone year, the poverty and misery indices for Nigerians have been attaining their worst states ever. For instance, in its latest Multidimensional Poverty Index (MPI) report unveiled recently, the National Bureau of Statistics (NBS) said 63 percent of Nigerians (about 133 million people) are poor due to lack of access to health, education and living standards, alongside unemployment and shocks.

The report said “over half of the population of Nigeria are multidimensionally poor and cook with dung, wood or charcoal, rather than cleaner energy. High deprivations are also apparent nationally in sanitation, food insecurity and housing.”

Obviously, it is these pervasive poor human development factors that undermine the aggregate development of the nation, reflected as the Gross Domestic Product (GDP) — which, rather than improving, assumed a downward trajectory in the third quarter 2022.

Specifically, the country’s GDP plunged to 2.24 percent (year-on-year) in the third quarter 2022, showing a 1.78 percent drop compared to the 4.03 percent growth recorded in the same period last year. All said, it is good bye to
2022.

l Marcel Okeke, a practicing economist and consultant in Business Strategy & Sustainability based in Lagos, is a former Chief Economist at Zenith Bank Plc. He can be reached at: obioraokeke2000@yahoo.com; +2348033075697 (text only).