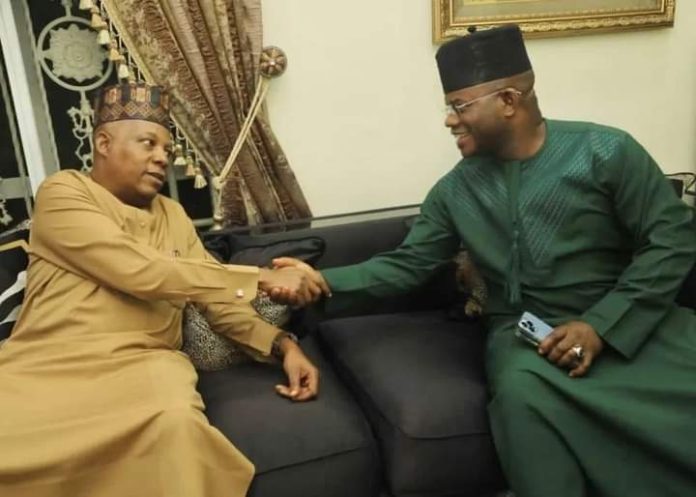 Governor Yahaya Bello of Kogi State on Monday received Kassim Shetima, running mate to Bola Tinubu, the presidential candidate of the All Progressives Congress, in the 2023 general elections as both discussed strategies for APC’s victory in the forth-coming elections.

Although their meeting was held behind closed doors, their discussions centered on various plans and strategies for winning the forthcoming presidential election for the ruling party.

They also discussed issues bordering on national development, unity of the country, peace and security.

Bello, a strategic member of the party, said that APC’s victory was a win for Nigerians with the right strategies in place to tackle the challenges across all boards.

Bello as part of his commitments to the victory of the party, had donated his campaign building to the presidential flag-bearer to drive the activities of the party for victory ahead of the 2023 general elections. (NAN)