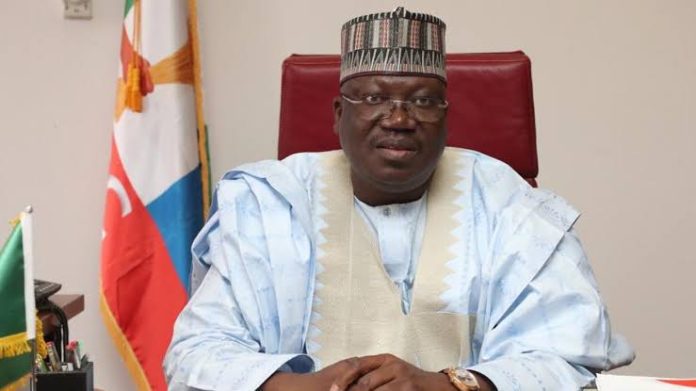 Bashir Sheriff Machina, Yobe North senatorial candidate of the All Progressives Congress has revealed that Senate President, Ahmad Ibrahim Lawan, is planning an endorsement rally to take place in Gashua, Yobe State, amid controversy over the ticket he won.

In a statement issued on Tuesday by Husaini Mohammed Isah, the Publicity Secretary of Machina Campaign Organisation, and made available to journalists, he alleged that the planned Gashua endorsement rally was an attempt to legitimise his illegal claim of the ticket.

Governor of Yobe State, Mai Mala Buni, according to him, was billed to endorse Lawan as the authentic candidate for Yobe North senatorial district.

Part of the statement reads: “Credible information at our disposal has it that the President of the Senate, Ahmad Lawan, has perfected plans to mislead Governor Mai Mala Buni and coerce him to publicly endorse him as ‘APC Senatorial candidate’ for Yobe North even before allowing the competent court of law to decide on his fate.

“The purported endorsement under the guise of “Grand Reception For Illustrious Son Of Yobe” was scheduled to take place on Saturday in Gashua.”

The statement insisted that the planned rally was against the dictates of the provisions of the amended Electoral Act, 2022, particularly as campaign activities cannot take place until September 28.

Machina urged Governor Buni not to honour the planned rally so as not to allow himself to be seen as aiding and abetting illegality in Yobe State.

He reminded the governor and Lawan that a suit between him and Lawan was still pending before the Federal High Court, Damaturu, and until the court decided, the planned ceremonial endorsement was nothing but a political gimmick.

The statement continued: “We are all living witnesses to how Ahmad Lawan ended up fighting Asiwaju Bola Ahmed Tinubu. This is the harsh reality and if anybody underestimates this, it would be making a fatal mistake.”