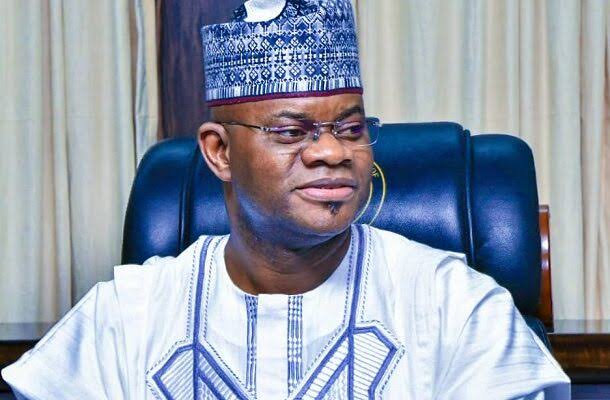 The Yoruba Council of Youths Worldwide says the appointment of Governor Yahaya Bello of Kogi State, as National Youth Coordinator of the All Progressives Congress Campaign Council by Bola Tinubu is apt.

Aare Hassan, President, Yoruba Council in a statement on Monday in Abuja appreciated Tinubu for the gesture.

Hassan congratulated Bello on the appointment, saying that it would help in galvanizing youths to support Tinubu.

“His appointment as the National Youth Coordinator of the APC Presidential Campaign Council, is in due recognition of his impressive political achievements and exemplary leadership demonstrated as governor of Kogi.

“The entire good people of Yoruba Land join other well-meaning Nigerians, as well as members and leadership of the Igbimo Apapo Yoruba Lagbaye, (Yoruba Council Worldwide) alongside all her affiliated organisations globally to specially felicitate with Bello,” he said.

Aare said the group received Bello’s appointment with endless joy as good omen towards charting a way forward to mobilise Nigerian youths to vote massively for the APC in 2023.

According to him, the appointment is on point because it is the most important factor to success, ahead of the 2023 Presidential Campaign.

He said Bello’s appointment was predicated on his superlative wealth of experience and succinct administrative management prowess and his ability to connect with youth groups.

“We salute Bello’s developmental laid down positive plans for the youths and robust intelligence, with committed interest in line with the APC Presidential Council’s campaign mandate,” he said.

Aare said the appointment was also in line with the Tinubu led vision of ensuring the enthronement of peace, love and unity as well as guaranteeing welfare for citizens.

He commended Bello’s indefatigable roles toward the noble actualisation of Hope 23′ for a new Nigeria under the incoming “President, Bola Tinubu come 2023.” (NAN)