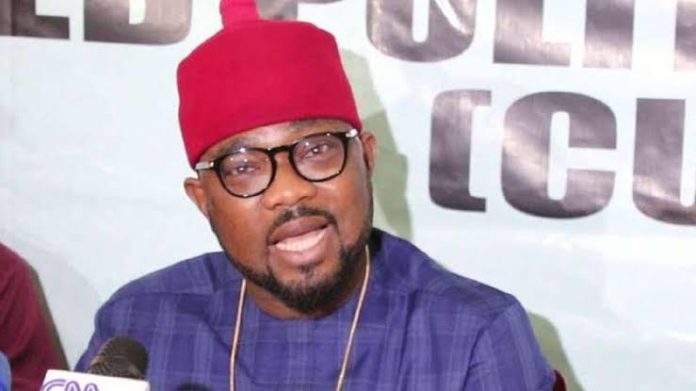 The Imo State Government had denied any immediate or remote involvement in the alleged burning of houses and vehicles belonging to a self-acclaimed opposition spokesman, Ikenga Imo Ugochinyere.

It said Ugochinyere is so inconsequential with microscopic importance in the political firmament of the State to warrant any attention, talkless of torching his house.

In a statement in Owerri on Monday, the State Commissioner for Information and Strategy, Declan Emelumba, noted that Ugochinyere does not pose any threat to the Government, nor does he have any capacity to do so, to warrant any form of attention.

“At any rate, His Excellency, Senator Hope Uzodimma, the Executive Governor of Imo state has been in politics for more than 40 years and has never been linked to any kind of violence,” Emelumba submitted.

He said it was unfortunate and pathetic that in his quest for attention, Ugochinyere does not hesitate to drag the State Government into his habitual, messy, tissue of lies.

According to the Commissioner , Ugochinyere is queer and perverted in every sense of the word, resulting in a manifest, lifelong cantankerous conduct that has defined his infantile political adventure for long. Naturally, he picks enemies the way magnet picks pin and therefore should look inward to know where his problem emanated.

Said he: “A man who is at loggerhead with his party national chairman, a man who is working with anti-democratic forces to cancel the upcoming elections and a man at loggerhead with some of his kinsmen should know when nemesis is after him and stop crying wolf. His ordeal is certainly not from Imo State Government.”

Emelumba regretted that Ugochinyere has become notorious in levelling spurious allegations against Governor Hope Uzodimma, all in the name of attracting undue national attention.

He however expressed satisfaction that none of all the allegations made by the self acclaimed opposition spokesman against Uzodimma had ever been proven to be true.

“From the so-called Omuma voters register magic to all his insults on the Governor and the current one, all of them are mere falsehood aimed at attracting undue attention to himself. ”

The Commissioner noted that Ugochinyere has lived a life of falsehood and violence, the reason he is always afraid of his shadows.

He said it was curious that PDP has found its voice to condemn the latest act of violence in the State because their member is involved.

He noted that from the burning of the Governor’s country home to the recent attack on former Governor Ikedi Ohakim, PDP has never deemed it fit to condemn the security breaches in the State.

Emelumba said that while he has refused to believe that an obviously demented mind and attention seeker can stage-manage the burning of his property just to attract attention to himself and call the Government a bad name, it still remains a possibility.

He therefore called on security agencies to investigate the action with a view to establishing the culprits.