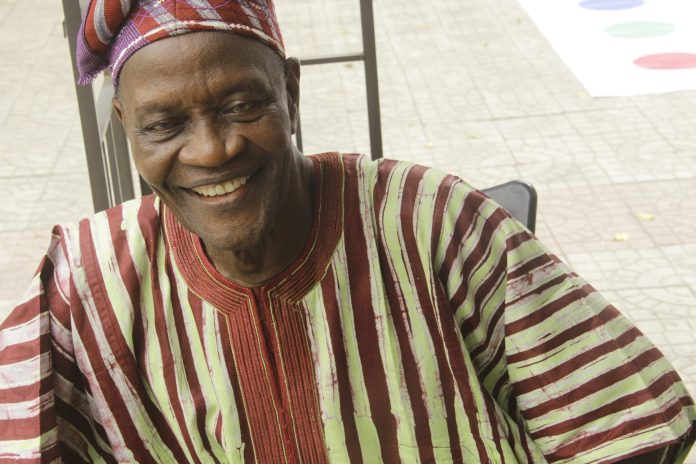 The Ogun State governor, Dapo Abiodun, has lauded a poet and playwright, Jimi Solanke, for using his God-given endowment and creativity to put Nigeria and Ogun on the global entertainment map.

The governor, who described the life of the folklore specialist as uncommon bouquet of divine benevolence and grace as well as testimony to the wholesomeness of the Almighty God, noted that the story of playwriting and poetry in Nigeria cannot be complete without mentioning the numerous contributions and giant strides of the literary icon.

Governor Abiodun spoke at the public presentation of The ‘Grandmaster’, a photojournal of Pa Solanke’s Creative Life and unveiling of his musical works and a state banquet, to commemorate Solanke’s 80th birthday, held at the June 12 Cultural Center, Abeokuta.

He noted that enumerating all the achievements of Solanke would be challenging and would require a compendium.

Abiodun further commended Solanke for not only having passion for poetry and playwriting as he has also done so much for the industry with a generous heart and his strength of character.

“Beyond your individual accomplishments that have earned you global fame, the society and the entertainment industry will be less without the very many talents you identified, mentored and nurtured into greatness.

“Moreover, you have done with a generous heart, your selflessness and strength of character which makes you a role model.

“You have not only contributed significantly to the entertainment industry of this country, but you have also defined a space and made indelible marks.

“The story of artists, playwriting and poetry in Nigeria cannot be complete without mentioning your giant strides, enumerating these will be challenging and would require a compendium,” he said.

She, however, commended Governor Abiodun for his consistent support towards the cultural sector in the state, saying that the gathering was an attestation that the governor remains irrevocably committed to the preservation of the rich cultural heritage for generations yet unborn.

In his remarks, Pa Solanke, declared that “it is the enslavement of the mind that is making youths to perpetrate ungodly acts.

He argued that if the youths were not enslaved by foreign attitudes, the country wouldn’t be at the point it is presently.

Solanke said that “stepping back into one’s self, searching the mind, getting back into our cultural depths and attitude would surely help to put things in good order”.