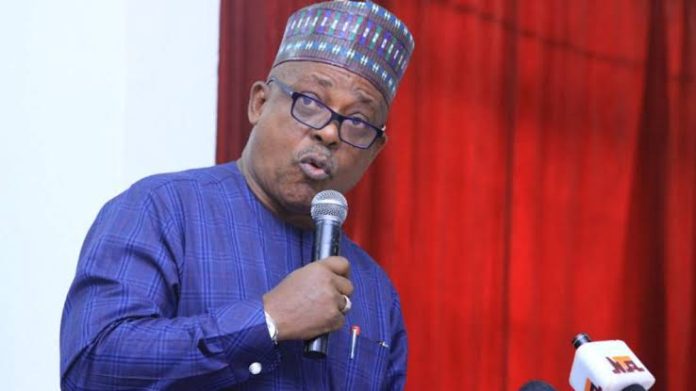 A former National Chairman of the People’s Democratic Party, Uche Secondus, has described the sealing of the Atiku/Okowa campaign office in Port Harcourt by the Rivers State Government as a childish behaviour and abuse of power.

Secondus said people in positions of authority must bear in mind that power is transient and that no matter how long; every individual would give account of their stewardship to God.

The Rivers State government in a viral letter, dated December 19, 2022, addressed to the State Campaign Management Committee of the PDP, rejected the committee’s application to use its property at GRA Phase 2 in Port Harcourt as a campaign office.

The government subsequently sealed the premises on Thursday, a development that has been condemned by some persons.

While reacting to the development, Secondus, who also hails from Rivers State, said, “The sealing of the Atiku campaign office in Rivers State is childish. It doesn’t portray us as democrats and lovers of peace. We must do everything possible to show the world that we are a non-violent people who believe in the rule of law.

“We must not constitute ourselves as a hindrance to the rule of law and we must remember that power is transient. We must know that only God Almighty is omnipresent and who reigns forever. No matter how long, every power wielded by men will expire.

“Let us exercise the powers given to us by the people with a sense of responsibility and care, knowing and believing that one day, we shall not only leave the position but also give account of our stewardship to God Almighty.”

Secondus, however, appealed to the people of the state to remain peaceful and go about their campaigns and business without rancour.

Similarly, the Presidential Campaign Council of the PDP in Rivers State described the sealing of the secretariat as unfortunate, saying all the necessary requirements to use it were met.

The spokesperson for the PCC, Leloonu Nwibubassa, said, “I think all civil society groups, the international community and lovers of democracy all over the world must understand that Governor Wike has misused his powers as the governor of Rivers State.

“We have condemned it as an act of lawlessness by the governor, having promulgated executive orders smuggled to the state House of Assembly through the back door to stamp it as a law.”

But reacting to Secondus, Wike has said the ex-PDP National Chairman had been expelled by his ward in Andoni and was no longer a member of the party.

He described Secondus as a meddlesome interloper.

The governor spoke on Saturday at the inauguration of Aluu- Omagwa Link Road that held at Omuagubia in the Ikwerre Local Government Area.

He said, “I read newspaper this morning where a former member of our party, one Uche Secondus, said no one man can impose a presidential candidate on Rivers people.

“He is not a member of our party. His ward expelled him from the party. The court confirmed it. He went to the Court of Appeal, he lost. He went to the Supreme Court; the matter is coming up on October 23, 2023.”

But in his response, Secondus described Wike as master in the use of abusive words and a short-sighted man who forgets his benefactors.

He said, “Let him continue to abuse me. Is there anyone he has not abused? He is a short-sighted man. He doesn’t think of yesterday and he forgets there is tomorrow. He has abused everyone in Rivers State and in the PDP.

“He abused President Muhammadu Buhari, called him names. Today, he is eulogizing him. He will always eat his vomit. It is his time; allow him to enjoy his limited time in office. It is a matter of months. His eyes would be clear soon.”