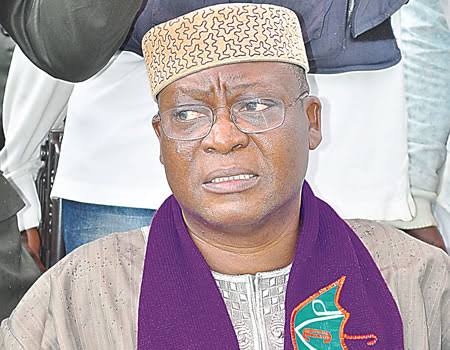 Clement Adedayo Adeyeye is the National Chairman of South-West Agenda for Asiwaju Tinubu, a political movement campaigning for the presidential candidate of the All Progressives Congress, Bola Ahmed Tinubu. In this interview with MAYOWA SAMUEL, he speaks on the argument over APC’s Muslim-Muslim presidential ticket and power rotation arrangement and how the two issues will affect the outcome of the 2023 presidential election.

The issues of rotational presidency and single-faith ticket have dominated public discussions post primaries. While some believe that PDP’s decision to pick its presidential flag bearer from the North will affect the party’s chances in the South, others argue that APC’s single-faith ticket may work against the ruling party at the poll. What is your take on the issues?

There is an unwritten constitution among the nation’s political leaders that power should rotate between the North and South. The reason for this is that we are in a multi-ethnic, multi-religious society. Also, the administrative division of the country since amalgamation has been between the North and South. There is, therefore, a great sense in agreeing that power should rotate between the two divides in the country. This is what informed the military leaders in 1998 to compel the two main political parties at that time to pick their candidates from the South, especially from the South West. This is because of the perceived injustice against the winner of the 1993 presidential election, the late Chief Moshood Abiola, and the fact that northern military rulers had been ruling after the polls’ annulment. The directive led to the emergence of Chief Olusegun Obasanjo of the PDP and Chief Olu Falae (Alliance for Democracy) and the election was won by the PDP candidate. Obasanjo also ensured that the PDP fielded a northern candidate that would succeed him in 2007 despite the fact that the party paraded very strong candidates from the South. But for Umaru Musa Yar’Adua’s death, he would have been in power for eight years before the presidency would rotate to the South. By that accident of history, however, the reins of power were taken over by Goodluck Jonathan who was Yar’Adua’s deputy. However, by the time Jonathan wanted to go for the second time in 2015, he was rejected and lost the election.

This is what I was expecting the two major political parties – PDP and APC, to do. The easiest way to destroy any society is to arrogate power to one section of the country. That is what informed President Muhammadu Buhari to insist that power should go to the South. I think that is also what informed the northern APC governors to, at last minute, insist that the Presidency should go to the South. That was highly patriotic and a great demonstration of nationalism by the APC governors and President Buhari. Their insistence on power rotation to the South is to ensure unity, peace and progress of the country. I expected the PDP to have done the same.

The zoning arrangement which had been violated by the candidate of the PDP would determine the winner of next year’s election and not the same faith ticket.

The PDP is trying very hard to put the issue of a Muslim-Muslim ticket on the front burner. But to me and for any patriotic Nigerian, it is a mere distraction. It is a desperate attempt by the PDP to clutch at any straw at all when they are just too aware that they are headed for the dungeon. In 1993, the issue before Nigerians was that power should rotate, not the Muslim-Muslim ticket. Even Alhaji Atiku Abubakar himself wanted to be running mate to Abiola. We all knew that. But Abiola opted for Babagana Kingibe. So, it was not an issue for him then. Why should a Muslim-Muslim ticket be an issue for him now? He wanted to be running mate to Abiola, a Muslim. So, those who are promoting this should know too well that they are just desperate to clutch any straw to keep them afloat because it is their futile attempt to prevent their dropping to the bottom of the sea.

Atiku Abubakar said in a recent televised interview that the issue of power rotation is a party affair, not a national issue. What’s your view on that?

What can you tell the Christian community who had expressed worry that they may not be treated fairly under a Muslim President and Vice President?

I believe that this Muslim-Muslim ticket of Bola Ahmed Tinubu and Kashim Shettima is what will unify Nigeria because the government that is coming, Nigerians will see that it is fair to all. We may even have a situation in which people will begin to think of reverse discrimination because these two persons will make every effort to please everybody—to please the Christian fold if not more than their Muslim brothers because they don’t want to create an impression that they are against any religion. The Christians should rest assured because of the fact that Asiwaju Bola Ahmed Tinubu has a Christian wife (Senator Oluremi Tinubu). It is enough to comfort anybody from the Nigerian Christian community. So, I believe that the issue of the Muslim-Muslim ticket will soon fade away. What will not fade away is the issue of the zone from which the president (presidential candidate) is coming. On the day of the election, people will ask themselves, ‘Do I want the power to remain in one region, or do I want it to go to the other side to maintain balance?’ That is the issue. And I believe the PDP, knowing full well that it has violated that key principle, which is contained in its constitution, which its members expected, which Nigerians expected from it, is trying to find ways to distract Nigerians but Nigerians cannot be distracted. That is the critical issue. Nigeria is at a crossroads and I expected a statesman like Atiku to put the national interest above his own personal ambition and allow his party to choose a candidate from the South so that we have a 1999 scenario where the two candidates are from the South. It will reduce tension. But it is not too late for him.

“The PDP is trying very hard to put the issue of Muslim-Muslim ticket on the front burner. But to me and for any patriotic Nigerian, it is a mere distraction. It is a desperate attempt by the PDP to clutch at any straw at all when they are just too aware that they are headed for the dungeon”

Nigerians are worried about the state of the health of your candidate, Asiwaju Tinubu. What’s his health condition?

His health is very good. I pity those who politicise people’s health. What I know about Asiwaju is that he is very healthy. No APC presidential aspirant worked harder than him in the campaign leading to the primary. He traversed the length and breadth of the country and after he won the primary, he visited every one of his opponents. That is a demonstration of his sound health. He is also mentally alert. What we need most in a leader is the state of his mental faculty, and I’m very sure that the candidate we are projecting is mentally alert, brilliant and intelligent.

When Chief Obafemi Awolowo was alive, at the age of 70, many of us preferred him to the younger ones who were also contesting the election because he had better stuff on his head than them. You may need physical exertion in some jobs, but in the position of leadership, it is mental exertion.

Some advocates of power shift to the South said the presidency should be zoned to the South East, since the zone is yet to produce a president. How will you react to that?

There was no agreement to rotate the presidential seat among the six geo-political zones. The rotation arrangement was only between the north and the South. So, when it is the turn of your region, it opens the door for people in that region to compete. Power is never served à la carte. You can’t be in your house and power will be handed over to you. You have to struggle for it. This is an elementary principle everywhere in the world. It is what you struggle for that you know the value. I’m not averse to having someone from the South East to be president, but south-easterners should come out and fight for it.

Do you see a situation where the Nigerian voters will jettison political parties and vote for candidates based on their region?

I don’t see it that way. They (Nigerians) can’t make that simplistic assumption. The 1993 election was a contest between just two parties – SDP and NRC. The NRC candidate was from Kano and Abiola of SDP was from Ogun State. But Abiola won with a landslide even in Kano and other northern states. In 2003, the main opponent of Obasanjo was from the north, he defeated him. In 2011, President Goodluck Jonathan who had just completed President Yar’adua term defeated a northern candidate. If you look at history, this assumption is not correct. Nigerians want a good leader and they also believe more that the unity of this country is very crucial. Therefore, from time to time, power should rotate from one area to the other.