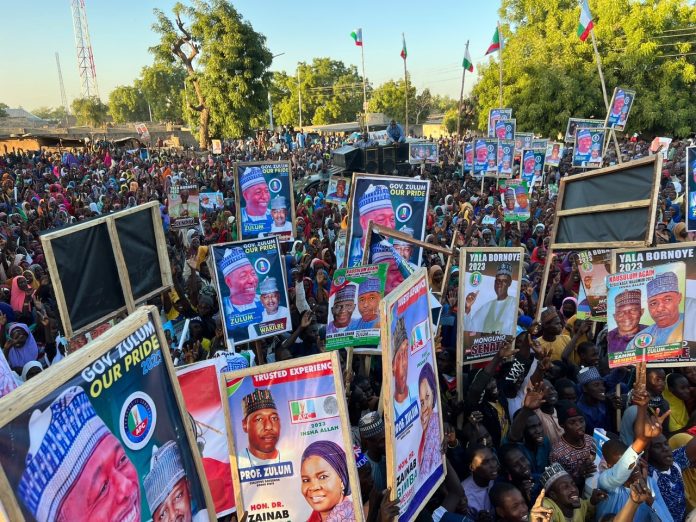 Benishekh District Head palace premises, venue of the rally, was filled to capacity, demonstrating support for the continuation of the Zulum’s administration.

Thousands of party supporters, residents including women and community leaders had converged on the venue.

Speaking, Governor Zulum reiterated his commitment to providing dividends of democracy to the people of Borno.

APC candidates contesting for various positions including the northern Borno Senatorial candidate, Mohammed Tajir Monguno, the candidate for the house of representatives for Gubio, Kaga and Magumeri constituency, Usman Zannah, and a candidate for the state assembly representing Kaga Local Government, Hon Mustapha Grema, have called on the people to vote for APC.