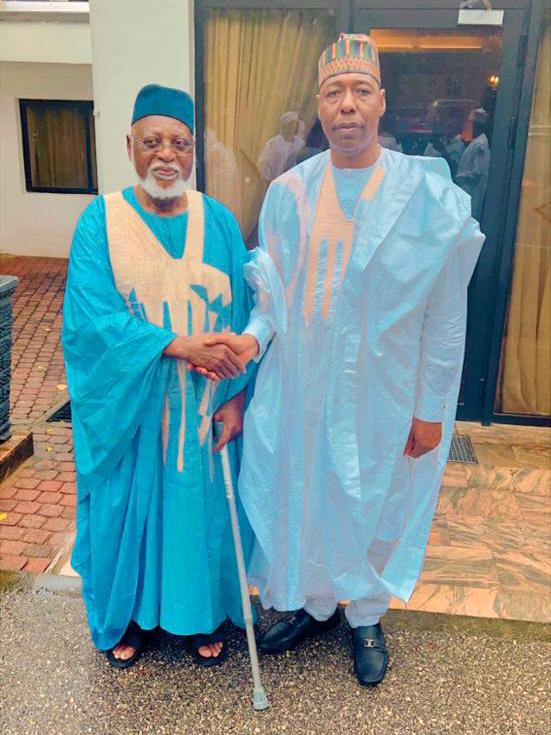 Zulum’s visit to check on the leader’s health was to reciprocate the former Head of State’s kind gesture and show of empathy on Borno’s peace-building efforts which he does through series of compassionate messages to Governor Zulum.

During the visit in Minna, Governor Zulum offered payers for General AbdulSalami’s better and sustained health.

The governor visited the former head of state in the company of Niger State Governor, Abubakar Sani Bello.

Zulum traveled to Minna from Abuja with some government officials, amongst them were the senator representing Borno South, Mohammed Ali Ndume, and the Chief whip of the House of Representatives, Mohammed Tahir Monguno.