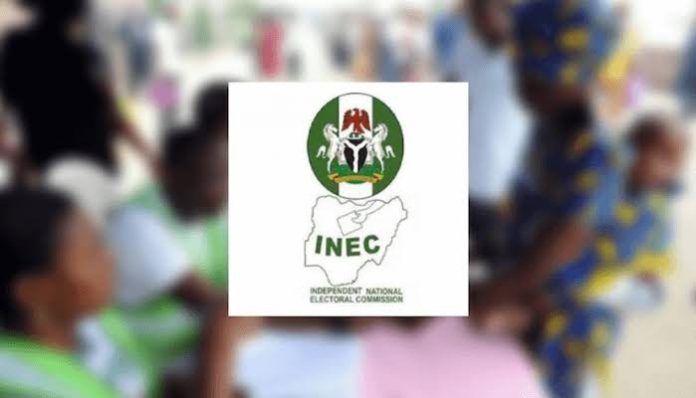 In 2023, as Nigerians elect their next set of leaders, the Independent Electoral Commission will face the duty of preserving the gains of election reforms.

So far, the reforms have brought some measure of credibility which hitherto lacked in the electoral system.

Before the 2015 general elections, most Nigerians were pessimistic that the electoral umpire was capable of delivering on credible elections.

Elections in the country had been marred by allegations of over voting, ballot boxes snatching and stuffing.

However, all that changed in 2015 with the election that brought the incumbent administration to power.

After years of painstaking electoral reforms, the then administration of President Goodluck Jonathan delivered what many today consider as one of the most credible elections in the political history of Nigeria.

At the Goodluck Jonathan 2022 Peace Conference, Jonathan has described hate speech and propaganda as threat to democracy, noting that the era of ballot box snatching was over, because of the introduction of electronic voting as contained in the new Electoral act.

At the signing of the Electoral Bill 2022, President Muhammadu Buhari has noted that “the bill would also improve and engender clarity, effectiveness and transparency of the election process, as well as reduce to the barest minimum incidences of acrimony arising from dissatisfied candidates and political parties.”

Observers of the political scene say the gubernatorial elections in Anambra, Ekiti and recently Osun where the popular candidates won on election days lay credence to the fact that finally the votes are beginning to count.

However, in spite of the success, concerns still remain as Nigerians return to the polls to elect a successor to President Muhammadu Buhari.

Ahead of 2023 polls, INEC said there are 96.2 million registered voters, a significant increase of 12.2 million voters on 84 million electorate registered for the previous election.

Part of the breakdown of the figures showed that with a total of 22.67 million registered voters, North West geopolitical zone, which comprises Sokoto, Zamfara, Kano, Kaduna, Katsina, Kebbi and Jigawa, tops the list of registered voters.

“In a democracy, it is the people that rule and all the people cannot rule at the same time, and that is why the need for an election. So let us ensure that the people’s vote counts.

“Our electoral commission must be independent. They must not be ruled or governed by anybody. They must be able to give a free, fair and credible election,” said frontline politician and former Minister of Information Culture, Prof. Jerry Gana.

Gana spoke in Abuja at the 11th edition of the Change We Need Nigeria Initiative Annual Lecture organised by the Charismatic Renewal Ministries.

According to Abraham Lincoln, democracy is the government of the people by the people for the people.

The surest route for this definition to be given a meaning is to ensure that the people are responsible for the mandate their leaders have.

Mike Ozekhome, SAN, argues that the electoral reforms would be incomplete if this sacred authority is taken away from the electorate.

“It is the people that midwife democracy and midwife it for the people. The people therefore are the owners of the power not the elected or the selected few,” he said.

A similar sentiment was also echoed recently by the chairman of Sokoto State chapter of All Progressives Congress, Alhaji Isa Achida.

While addressing INEC officials, who were at the party secretariat to interact with its candidates, Achida was quoted by the media to have urged INEC to ensure that truly popular candidates emerged victorious in the 2023 elections.

The concern for over voting is not unfounded going by Nigeria’s electoral history. Over voting is one of the grounds on which Alhaji Atiku Abubakar, the presidential candidate of Peoples Democratic Party in 2019 presidential polls challenged the result of the election.

As transparent as the June 16 gubernatorial election in Osun State is claimed to be, issues of over voting has also been raised by Governor Adegboyega Oyetola against the winner, Senator Ademola Adeleke.

In approaching election petitions tribunal, Oyetola alleges over voting in 749 polling units across 10 Local Government Areas in the state.

Stakeholders say it is important that INEC allays these fears and guarantee that all necessary instruments and resources will be deployed to ensure that Nigeria’s next crop of political leaders are genuinely the choices of the electorate.

As part of the measures, INEC said it will deploy technology to enhance its operations and ensure higher efficiency and engender confidence in the electoral process.

According to Mahmood Yakubu, the chairman of INEC, the umpire will utilise the Bimodal Voter Accreditation System to protect the sanctity of the exercise.

“The BVAS has come to stay and will be the only means by which voters will be accredited in the 2023 General Election,” Yakubu said in an address at a conference of the Guild of Corporate Online Publishers in Lagos.

The INEC chief reiterated in Abuja at a seminar titled: ‘2023 and Beyond: Leadership, Politics, and Citizens Engagement,’ organised by the St. James Anglican Church in Asokoro, area of the Federal Capital City.

“There will be no case of over voting again in any polling station. Voting will be based on BVAS and other electronic devices by INEC.

“The number of accreditation at the polling station must tally with the number of actual voting. If it exceeded by one vote, the entire process would be invalidated,” the INEC chairman told his audience”, he said.

Again, INEC has affirmed its commitment to electronic transmission of votes.

“For clarity, the procedure for result transmission remains the same as in recent Governorship elections in Ekiti and Osun States.

There will be no change in all future elections, including the 2023 General Election

“We wish to reassure Nigerians that the electronic transmission of result has come to stay.

“It adds to the credibility and transparency of the process when citizens follow polling unit level results on the INEC Result Viewing Portal on real time on Election Day.

“There will be no change or deviation in subsequent elections”, said the National Commissioner and Chairman of its Information and Voter Education Committee, Festus Okoye, in a recent statement.

He said doing otherwise would amount to violation of key section of Electoral Act, 2022.

“The entire gamut of result management is provided in Sections 60, 62 and 61 of the Electoral Act 2022,” he said in the statement.

As the largest democracy in Africa and the continent’s largest economy, the international community looks up to Nigeria to drive Africa into the future.

This can only be achieved when the people’s choice is respected. INEC and other stakeholders have a major role to play in that regard.