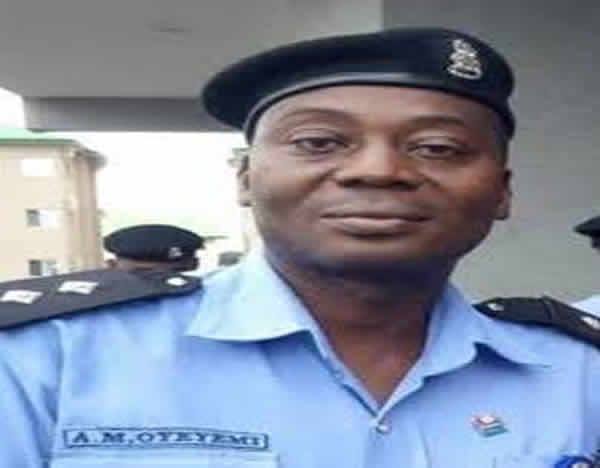 The Ogun State Police Command has warned politicians in the state who have been in the habit of covering their vehicles’ number plates with the stickers of their various political parties thereby making it difficult for security agents to identify the registration number of such vehicles.

The Command’s Public Relations Officer, Abimbola Oyeyemi, in a statement issued in Abeokuta on Tuesday and made available to The Point, warned those involved in this practice to desist from it henceforth, as standing order has been given to Area commanders and DPOs to clamp down on such violators.

Oyeyemi, a Superintendent of Police, also warned that this practice is inconsistent with the best practices all over the world, and it’s not going to be tolerated in Ogun State.

According to him, “Every vehicle needs to be identified with its number plate, and for anybody to cover such number plates means that the person is having a criminal intention.

“The Command is hereby using this medium to warn those involved in this practice to desist from it henceforth, as standing order has been given to Area commanders and DPOs to clamp down on such violators.

“There is nowhere in the road traffic act, where the sticker of a political party or any other sticker is allowed to be used in place of number plates. Therefore, anybody caught in such act will be dealt with in accordance with the law. To be warned is to be armed.”