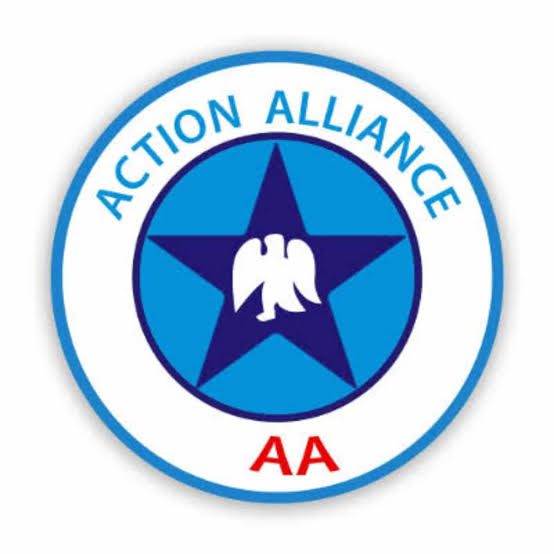 Action Alliance on Saturday, threatened to stage a peaceful protest at the National Assembly over alleged exclusion of its candidates from the Independent National Electoral Commission’s list for the 2023 general elections.

The National Chairman of AA, Adekunle Omo-Aje, stated this at a news conference at the party’s national headquarters in Abuja.

Omo-Aje said that INEC’s alleged failure to upload the names of all the candidates presented to it by his leadership in spite of various court orders against the recognition of the list of candidates submitted by the sacked national chairman of the party, Kenneth Udeze, might jeopardise the forthcoming polls.

“We shall move to the National Assembly on a protest and, to submit our protest letter and to inform our lawmakers that, if the INEC Chairman, Prof Mahmood Yakubu, is not called to order, there will be negative consequential effects on the outcome of 2023 elections.

“We shall use all legal channels to ensure we get justice against any form of exclusion from presenting our candidates for elections, and every such election stands the chances of annulment by law,” he said.

Omo-Aje alleged that “Yakubu is covertly orchestrating a clandestine plan against the 2023 elections, and Action Alliance will not fold our arms and watch our nascent democracy rubbished and wounded.”

He said that Udeze was the party’s national chairman up to June 2019 before he was suspended and expelled.

Omo-Aje said he emerged the national chairman after a national elective convention conducted in February 2020 and monitored by INEC officials.

He said instead of Udeze to challenge his suspension and expulsion from the party internally and through the courts, he instituted several court cases urging the courts to declare him national chairman of the party but lost all.

According to him, in spite of fulfilling all INEC electoral guidelines and requirements according to the Nigerian constitution with the commission, the electoral umpire is “hell bent on excluding Action Alliance from the coming 2023 general elections.”

“It has gotten to the level for us in Action Alliance to come out in the open and make categorical statements loud and clear on the rooftop to the hearing of all concerned citizens of this country.

“This forms the crux of our press briefing, to draw the attention of the relevant authorities and the nation in particular about the miscarriage of justice in INEC, actively promoted by its Chairman, Prof. Mahmood Yakubu,” he said.

He also called on the Nigerian Bar Association to intervene in concertedly sanitising the legal profession by fishing out bad eggs among its membership.

“There is a clique of lawyers today on our streets that neither cares about the ethics of the bar nor gives credence to professionalism.

“These lawyers sniff around for legal lacuna to exploit, not minding whether such constitute abuse of court processes or not.

“In the course of our ordeal, we have seen a lot of these tactical unprofessional practices where lawyers are engaged by persons to sue themselves as if they were truly sued in real terms,” he said.

At a national congress held by AA in Abuja, Solomon-David Okanigbuan emerged the party’s presidential candidate, among others.

The electoral umpire had recognised all the candidates presented to it by the Udeze-led faction, despite court judgements declaring that Udeze was no longer a member of the party.

There is also an order directing INEC to accept and publish all the candidates sent to it by the Omo-Aje leadership of the AA. (NAN)