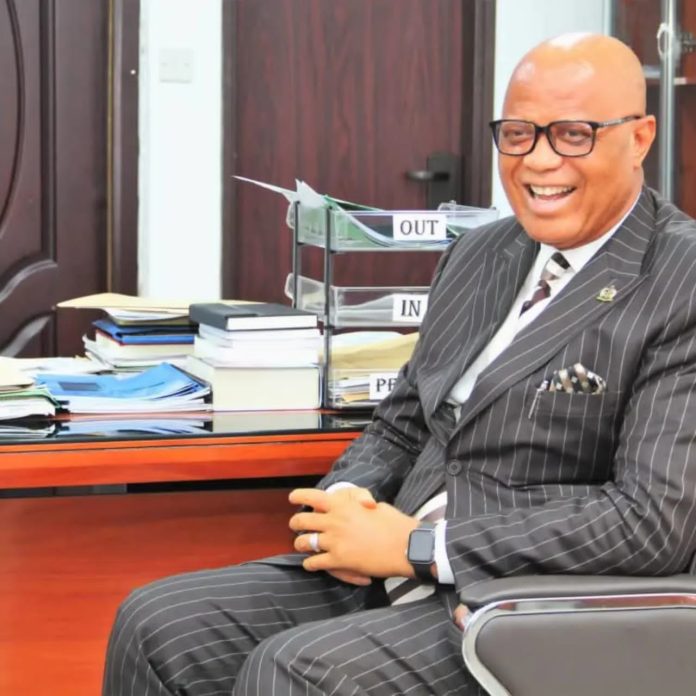 A federal High Court sitting in Uyo, Akwa Ibom State capital has adjourned the ongoing case of alleged certificate forgery preferred against the governorship candidate of the People’s Democratic Party, Umo Eno, till August 31, 2022 for hearing.

The adjournment followed a motion on notice for amendment of claims filed by the Plaintiff, Akan Okon, dated August 29, 2022 and also served the Respondents on Monday during court proceedings.

The court presided over by Justice Agatha Okeke had adjourned the case with suit number FHC/UY/CS/110/2022 till Monday, August 29, 2022 for the commencement of hearing.

However, when the matter came up on Monday, Okon who was supposed to open his case, appealed to file an amendment to his earlier motion, supported by an affidavit.

The motion on notice was filed by the plaintiff’s new lead Counsel, Okey Amaechi, a Senior Advocate of Nigeria, during the court proceedings.

In the motion, Okon sought the leave of the court to amend the originating processes in the suit, including writ of summons, statement of claims, written statement on oath, list of documents and list of witnesses.

He also pleaded with the court to grant him leave to amend his earlier reply to the 1st and 2nd Defendants’ Statement of Defence and all accompanying processes.

But Counsel to Umoh Eno and the PDP, (first and second Respondents/defendants) Paul Usoro (SAN) told the Court that having just been served with a fresh motion for amendment of processes, he would look at it before responding.

The trial judge, Justice Agatha Okeke adjourned the matter till Wednesday August 31, 2022 for amendment of processes.

The aggrieved governorship aspirant of the PDP, Okon, had immediately after the primary elections approached the Federal High Court, Uyo to disqualify Eno over alleged forgery of his West African Examination Council results presented to the PDP governorship screening committee.