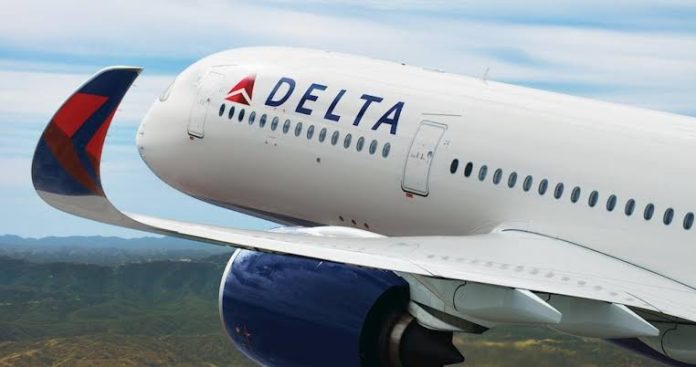 Delta Airlines has suspended its flights between New York-JFK and Lagos, effective October 4, 2022.

The airline in a statement, announced that the route suspension was to fit into “the current demand environment.”

The statement, however, stressed that the airline was still operating its Lagos and Atlanta routes.

The statement reads, “Delta is suspending its nonstop service between New York-JFK and Lagos, to fit the current demand environment.

“The airline continues to operate service between Lagos and Atlanta and offers onward connections to New York and other cities across the United States.

“Customers impacted by our suspended New York-JFK to Lagos service will be re-accommodated on Delta-operated flights or services operated by our joint venture partners. Delta remains committed to the Nigeria market.”

The foreign carrier typically referred to as Delta, is one of the major airlines of the United States and a legacy carrier.

It’s also one of the world’s oldest airlines in operation, and is headquartered in Atlanta, Georgia.

The airline, along with its subsidiaries and regional affiliates, including Delta Connection, operates over 5,400 flights daily and serves 325 destinations in 52 countries on six continents.