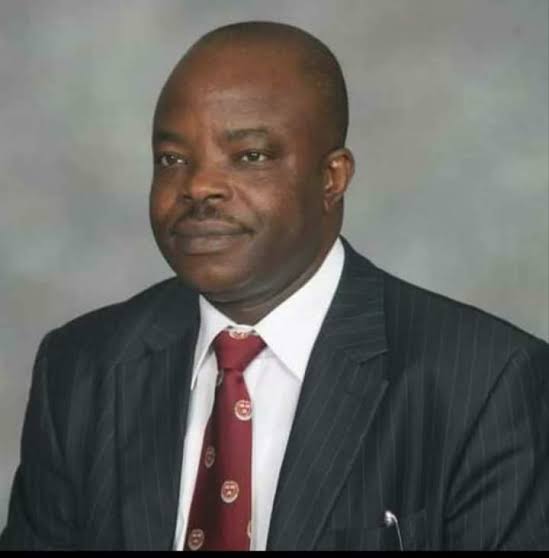 They have made a name for themselves as a country that produces strong, brave, talented, highly creative and amazing people who have gone on to put the name of the country on the world stage with their exploits.

The list is endless, but one man also shines so bright on the list. He is Amb. Sarafa Tunji Ishola, the Nigerian High Commissioner to the United Kingdom (UK) whose work has continued to receive local and global commendations since he assumed office.

The loudest trumpets will always be played in honour of those who perform at their highest level, especially if they hold public office, and this is the case with Amb. Ishola.

Since he became Nigeria’s High Commissioner to the UK, one of his top priorities has been to deepen commercial ties between the two countries.

It is obvious that President Muhammadu Buhari considered the pros and cons before deciding on Ishola as UK High Commissioner. Moreover, someone who would succeed Justice George Adesola Oguntade could not have been an average person. This is exactly what Amb. Isola has shown himself to be-an extraordinary envoy diligently representing the interests of over 300 million people.

It does not come as a surprise that Amb. Isola is earning accolades across the world. His public service career, which spanned more than 25 years, has effectively prepared him for this office and more. Moreover, the UK is not a strange land for him since he spent several years there for his college education in the late 1970s and thereafter.

According to reports, Amb. Isola’s focus, in one of the first set of meetings after assuming office, was on the issue of passport racketeering and all related corrupt activities. The committee then decided what strong steps to take against this problem and how to prevent its recurrence.

Most people still remember his many achievements and contributions to the nation’s building when he was the Minister of Mines and Steel Development. It will not be out of place to say that his work in that ministry contributed to Nigerian government’s decision to focus less on the oil industry and more on developing other natural resources, particularly solid minerals such as coal, gold, iron ore, chrome ore, and lead, to name a few.

It is a great fortune to have this progenitorial figure symbolize the nation. What is there not to rejoice when he is making every effort to accomplish the goals for which he was appointed? Ambassador Sarafa Tunji Isola is showing responsive leadership and it is evident in the successes he’s been recording at the mission, starting with blocking loop holes that made passport fraud the order of the day.

In a report made by the African Voice on May 7, 2022, titled, “His Excellency, Sarafa Tunji Ishola, Nigeria’s New High Commissioner Arrives UK”, a close associate of Chief Ishola confirmed that the new High commissioner is a technocrat with practical skills in leadership and development acquired from the John F. Kennedy School of Government, Harvard Kennedy School, Harvard University, Cambridge, Massachusetts, U.S.A.

He was a pupil at the Oke-Ona United Primary School, Ilugun, Abeokuta, where he recorded academic excellence and was a member of the Drama Society.

For his secondary education, he was at Nawair-ud-Deen Grammar School, Obantoko, Abeokuta.

Upon completion of his secondary school education, young Isola began work as a Sales Clerk at Wellcome Nigeria Limited (a pharmaceutical company). In 1978, Isola wanted to learn more and grow, so he decided to study in the United Kingdom.

He commenced training programmes at the Chartered Institute of Marketing in the United Kingdom, where he obtained a Diploma in Marketing from the institution.

He took part in the Principles of Investment Course at the South West London College, Tooting Broadway, London, United Kingdom, in 1981.

Between 1978 and 1981, he went to school at the Chartered Institute of Marketing in England. He also took the Principles of Investment Course in South West London College in 1981 and finished the Leaders in Development Course at Harvard University with flying colours in 2009.

Ishola has a Master of Business Administration from the University of Ilorin in Nigeria’s Kwara State.

Between 1986 and 1990, he worked as a Sales Executive in the Commercial Services Division of the Ogun State Broadcasting Corporation. This gave him a wide range of work experience.

An astute politician of national and international repute, Sarafa Tunji Ishola was Chairman, Abeokuta North Local Government, a position he held between 1997 and 1998. During the same period, he was elected Chairman, Conference of Local Government Council Chairmen in Ogun State.

His outstanding leadership qualities singled him out for higher political responsibilities, as Special Assistant to the Honourable Minister of State for Finance (1999–2003); Secretary to the Ogun State Government (2003–2007); and Nigeria’s Minister of Mines and Steel Development (2007–2008).

The profile of Amb. Sarafa Tunji Ishola is one that speaks brilliance, values, capacity and capability. His rise to the national and international stages has highlighted the story of a man who has continued to rise, taking the world by storm as he works his way to the pinnacle of power.