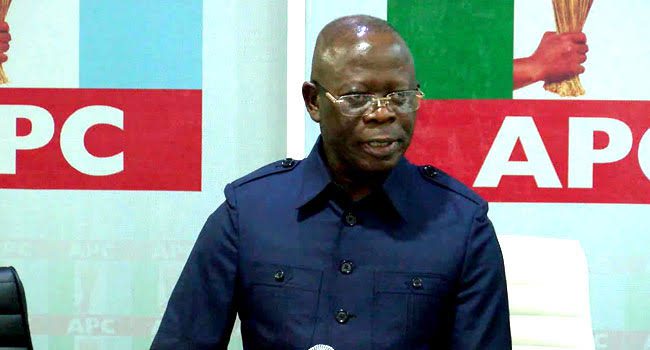 The Deputy Director of Bola Tinubu Campaign Organisation, Adams Oshiomhole, has claimed that Atiku Abubakar, presidential candidate of the People’s Democratic Party, will actually relocate to Dubai, alleging that he (Atiku) is comfortable there.

The former Governor of Edo State stated this on Wednesday morning while fielding questions on a live television programme in Lagos.

Oshiomhole was clarifying an earlier statement credited to the vice presidential candidate of the All Progressives Congress, Kashim Shettima, saying that Atiku would be retiring to Dubai after the 2023 presidential election.

He said that Atiku had a history of relocating to Dubai once rejected.

“Given Atiku’s record of movement, that once he suffers a defeat – it is on record, once he loses an election – he moves to Dubai. And so, he is saying so because we are confident that nothing has changed. Nigeria has rejected him three-four times, and even the best partnership he enjoyed in 2019 with Peter Obi did not deliver him.

“We are confident that, God willing, using the same Nigerian people who had rejected him in the past, they will reject him again. And because once he is rejected, he has a history of relocating to Dubai. That is what the Vice president meant.

“Atiku will actually relocate to Dubai, he has been doing it. He is comfortable there. I hope that the ban on Nigeria does not affect him. Hopefully he will go there,” Oshiomhole said.