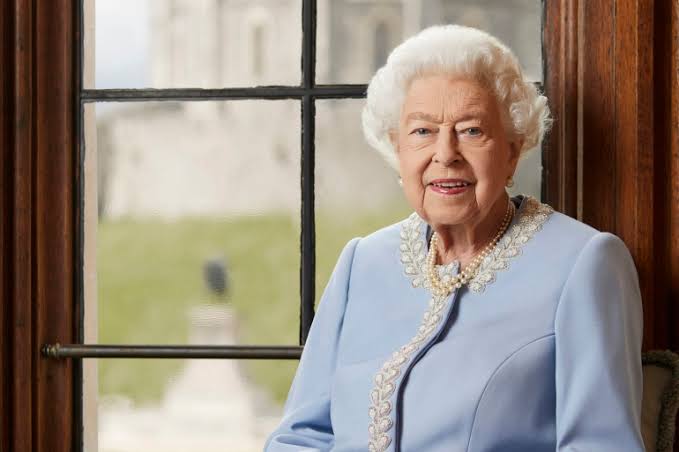 Today, a state burial is being held for Queen Elizabeth II, who died on Thursday, September 8, 2022, after more than 70 years as monarch of the United Kingdom. She reigned longer than her great-grandmother Queen Victoria who ruled for 63 years and a few months.

The only European monarch that reigned longer than Queen Elizabeth II is King Louis XIV, “The Sun King,” who ruled France for 72 years and 110 days, between 1643 and 1715. He became King at nearly five years and died at 76.

Dein Benjamin Ikechukwu, who became the King of Agbor in Delta State of Nigeria, at the infant age of three, may well live to be the longest reigning King in Nigeria, if God grants him an expected long life.

The Queen died in Balmoral Palace, in Aberdeen, Scotland, where she traditionally spends August and September. She laid in state in an oak coffin there for four days, before being moved to the Throne Room of the Palace of Holyroodhouse, Edinburgh, Scotland, for another lying-in-state.

A procession of the Royal Family accompanied her body for a Service of Prayer and Reflection in St. Giles Cathedral, Edinburgh. Two days earlier, the Royal Family, led by Princess Anne, the Princess Royal, attended a private service at Crathie Kirk Church near Balmoral Palace.

After the service, and a vigil, observed first by the Queen’s children for 10 minutes, the body was moved to London, accompanied by the Royal Family, led by Princess Anne, only daughter of the Queen and younger sister of King Charles III, for a lying-in-state in Buckingham Palace.

The corpse was drawn by gun carriage to Westminster Hall of the Palace of Westminster, seat of the House of Lords and the House of Commons of the British Parliament, for four more days of lying-in-state.

The day after that, King Charles III, former Prince of Wales, and Queen Consort, Camilla, formerly Mrs. Parker-Bowles, attended a Service of Thanksgiving and Reflection in Cardiff, capital of Wales.

After the service, a little girl, whose American mother formally became a British citizen, the morning of the death of Queen Elizabeth II, presented a bouquet of flowers to Queen Consort Camilla.

Last Friday, the four children of the Queen held another vigil in the Hall of Westminster Castle, while the eight grandchildren, led by Prince William, Prince of Wales, held yet another vigil on Saturday.

Westminster Abbey, formally known as “Collegiate Church of Saint Peter at Westminster,” where the State Funeral Service is being held, is next door to the Palace of Westminster, the site of the traditional coronation and burial of some British monarchs.

But Queen Elizabeth II will be buried at the King George VI Memorial Chapel inside Windsor Castle, with her parents and sister. The Queen’s husband, Prince Philip, who died in 2021, is buried in the Royal Vault.

“Because costs will also be incurred to produce new coins, notes, postal stamps, British passports and police uniforms, anti-monarchists, who wonder why the people of Great Britain should endure the monarchy, strongly oppose these costs”

As you might have guessed, this state burial has cost Great Britain an arm and a leg. The 14 other countries, over which she is sovereign, will also incur costs. State burials generally cost a fortune.

Imagine the cost to the Army, the Air Force and the Police for the parades, evacuation of the body of the Queen and for security for the dead, her family and the public. Imagine the cost of the flowers dropped at the gates of Balmoral, Buckingham, Sandringhan, Windsor Palaces, and other significant locations.

The florists must have made a bundle. Evidence that the people of Britain do not mind the cost they incur for the flowers and condolence cards is in the wry remark attributed to Prince William, the newly created Prince of Wales.

He reportedly said: “My grandmother famously said that grief was the price we pay for love. All of the sadness we will feel in the coming weeks will be a testament to the love we felt for our extraordinary Queen.”

It doesn’t matter that the flowers would eventually wilt and be thrown away like garbage. What matters to the British is to grieve for their dead monarch. Kenyan horticulturists who grow flowers, like roses and carnations, would have made a killing from this national grief.

The burial of Princess Diana, the first wife of King Charles III, cost $11.8 million. That of the mother of Queen Elizabeth II cost $5 million. That of American President John F. Kennedy who was shot dead in Dallas; in 1963 cost America $40 million.

The death of Queen Elizabeth II is expected to affect Britain’s Gross Domestic Product by as much as £6 billion. Apart from the cost of the funeral, is the cost of the upcoming coronation of the next monarch.

Because costs will also be incurred to produce new coins, notes, postal stamps, British passports and police uniforms, anti-monarchists, who wonder why the people of Great Britain should endure the monarchy, strongly oppose these costs.

The costs of moving the body of the deceased monarch and her large family, by road and by air, from Balmoral, to Edinburgh, and finally to the various destinations in London will significantly set back the British exchequer.

Even the ceremonies, both indoors, in the chambers of St James’s Palace, and outdoors, before the London Exchange, devoted to the proclamation of the new King must have cost something. But that will be peanuts to the cost expected to be incurred for the coronation of King Charles III.

The elaborate embroidery of the predominantly red and yellow livery, a special uniform worn by guards, servants, officials, or members of a City Company, quite a sight to behold, must have taken painstaking and expensive efforts to achieve.

The international media devoted a considerable amount of film footage, air time, data and inches of newspaper space to run the stories, commentaries and analyses about the life, times and death of Queen Elizabeth II.

Imagine the amount of advertising revenue that the media may have lost to carrying the stories about her death and funeral. Add this to the cost of logistics incurred by the media houses while trying to cover and report the stories.

Ahead of the Queen’s 70th Coronation Anniversary, early 2022, radical anti-monarchists, with the apt name, “Republic,” raised £43,000 through crown funding to print and display the slogan, “Make Elizabeth the Last,” on a billboard.

The Republic claims that the monarchy costs Britain £102.4 million annually. This probably balloons to £345 million when you consider revenues lost to the exchequer from two duchies, some taxation, and costs of providing security for the Royal Family.

Republic’s Chief Executive, Graham Smith, complained that “Seventy years of one person being Head of State is not a great idea. It is not healthy for democracy and… we need to start thinking about what’s going to happen next.”

After the death of Queen Elizabeth, The Young Communists League of Great Britain, demanded: “the immediate abolition of the monarchy and its replacement with a democratically elected head of state.”

Polls say 61 per cent of British citizens support the monarchy, but 31 per cent prefer an elected Head of State. Northern Ireland may soon conduct a referendum to leave the United Kingdom, so that only Great Britain, with England, Scotland and Wales, will remain.

Perhaps the most significant development from the Queen’s death is that Britain’s National Anthem changes to “God save the King!”