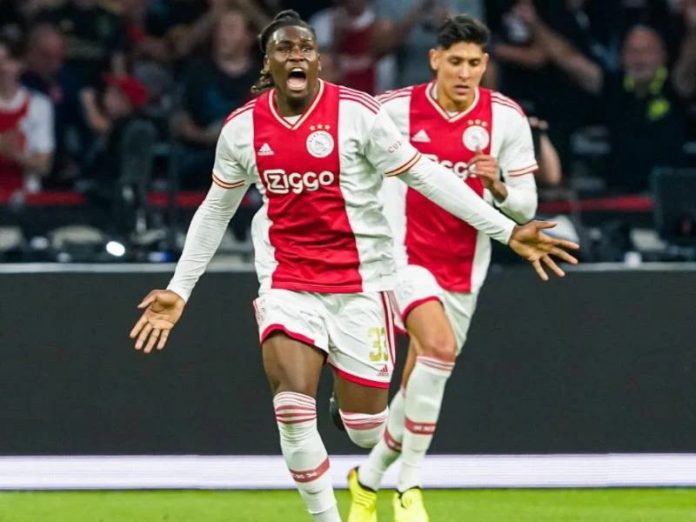 Calvin Bassey was on target as Ajax Amsterdam demolished FC Volendam 4-2 in the Dutch Eredivisie at the weekend and prompted a great celebration from the Nigerian international.

It was Bassey’s first goal for the four-time European champions after his summer move from Rangers in Scotland.

Serbian forward Dusan Tadic opened the scoring for the Dutch Eredivisie giants in the 17th minute.

Bassey would go on to add to Ajax’s lead six minutes before halftime through a super header.

Alfred Schreuder’s men got their lead extended to three courtesy of a goal by Brian Brobbey four minutes after the hour mark.

Lequincio Zeefuik drew one back for the hosts in the 74th minute.

The hosts began to dream of a comeback after Carel Elting scored in the 86th minute.

The dream was however truncated as Davy Klaasen scored Ajax’s fourth goal of the evening.

So far, Bassey has two goals contributions (a goal and an assist) in seven league appearances this season.

Since making his league debut for the Amsterdam based club in a 1-0 victory over Sparta Rotterdam on the 21st of August 2022, he has never missed a game for club and country.