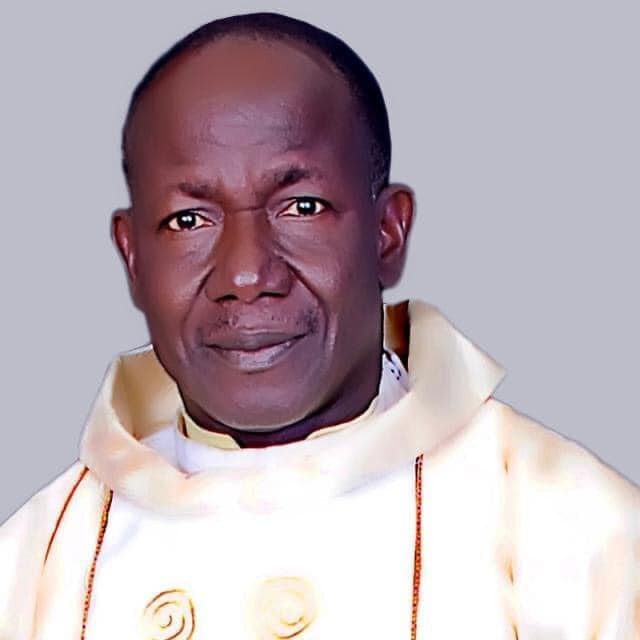 Reverend Father Isaac Achi, a Catholic priest has reportedly been burnt to death in his residence at Kafin Koro, Paikoro Local Government Area of Niger State by suspected bandits.

The late Rev Father Achi, until his death, was the Kafin Koro Deanery of the Minna Diocese of Niger State and the Reverend Father in charge of St. Peter’s and Paul Catholic Kafin Koro.

A source said the gunmen in their numbers stormed the uphill residence of the deceased clergyman which is about one Kilometer from the main town around 1:00 am and surrounded his house.

After about an hour of fruitless effort to force their way into the house, the gunmen were said to have poured Premium Motor Spirit (PMS) popularly known as petrol around the house before setting it ablaze.

His assistant, whose name was given as Rev Father Collins, was shot on his leg while trying to escape from the fire and he is currently receiving treatment at an undisclosed medical fertility in Minna.

Reports say that while the gunmen were trying to get access into the house, the deceased put a distress call to a family member who alerted the Divisional Police Office in charge of Kafin Koro Division but the gunmen were said to have outnumbered the police.

It was further gathered that the gunmen, after setting the building on fire, waited until it was razed down to ashes with the late Reverend Father inside before taking their leave without any challenge.

Meanwhile, the state Police Command was yet to issue a statement on the incident, but the Commissioner for Internal Security and Humanitarian Affairs, Emmanuel Umar, confirmed the murder of the Catholic Priest.

He also noted that security agents have been mobilised to the area.

The late Reverend Father Isaac Achi, a native of Kafin Koro, was said to have survived the December 2011 bombing of Saint Theresa Catholic Church, Madella in the Suleja local government area of the state.

Two years later in 2013, the late Reverend Father escaped another kidnap attempt when the gunmen invaded his residence.